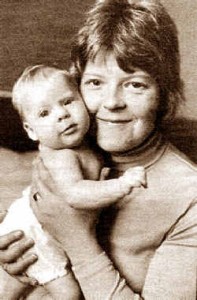 In IVF, an egg and sperm are placed in a petri dish together. The sperm is then inserted into the egg with a micro-needle using a sub-category method known as ICSI (intracytoplasmic sperm injection). This method has become the go-to method for couples struggling to conceive naturally. But medically conceived babies haven’t always been accepted. In fact, some still reject the method, despite the popularity of IVF today.

Because some embryos are not viable for implantation, the Vatican still considers IVF immoral. Others have criticized IVF because women that are past child-bearing age are still able to conceive with the method. Yet there is one fact that remains – millions of women have used the method to successfully conceive a child.

Simon Fishel, a member of the team that helped conceive the world’s very first IVF baby, says that the five million milestone “justifies all the legal and moral battles, the ethical debates and hard-fought social approval.”

And the success rates for IVF are much better than they were in the beginning. Now, experts estimate that about one-third of all implanted embryos result in a live birth. Because of the higher success rates, trends have started to move towards lowering the number of multiples born through IVF. This helps to lower the risks to both mother and babies.

While all of the numbers are only estimates, the fact remains that IVF is now considered a safe and acceptable method for conceiving when other methods have failed. While there will always be those that are opposed to the process, parents who might not have otherwise been parents are able to experience the entire parenting experience, from pregnancy and beyond.