Home » Every Parents Nightmare: Drunk School Bus Driver Passes Out at the Wheel 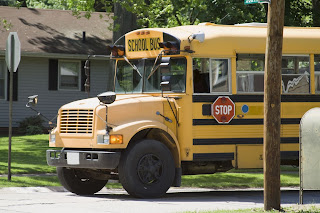 Could you imagine finding out that your child was on a school bus that was found stopped in the middle of a street because the bus driver was drunk?

Well this is exactly what happened in Tennessee today.

An East Tennessee school bus driver was found passed out behind the wheel, with 30 students were on the bus, 18 of them high school students and the rest from middle school or younger.

A blood alcohol test was administered but the results were not immediately available.

The Loudon County Emergency Management Agency noticed the bus stopped for an extended time, Police Chief James Webb said, and police were notified. No one was hurt.

Wayne Honeycutt, director of schools, said the driver has been on contract since last November with a clean record. He said she has had a background check and passed two drug screenings.

The driver, 48-year-old Vicky Lynn Kwasny, was taken to a hospital and then jailed where she remained this evening.