Last year, the CARE Fertility Center released some information about an IVF screening process they were working on and testing. The process, otherwise known as array CGH screens, examines embryos four to five days after being fertilized to distinguish viable eggs and embryos from abnormal ones. Abnormally developed embryos are discarded and viable ones are then implanted. 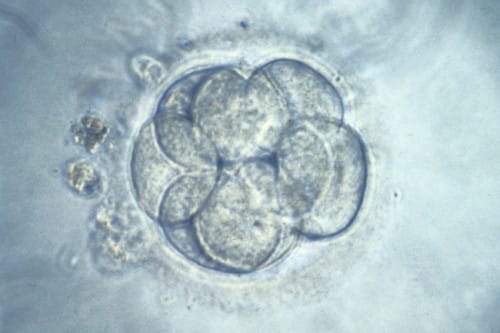 At the time of their initial announcement on the new screening process, the Center was excited about the potential of the new testing procedure, but they didn’t have enough clinical evidence to officially recommend the procedure to IVF couples. Now, after running 150 cycles in total, the team has found that the screening process can actually triple the chances of a successful embryo implantation. The screening is so successful, in fact, that the experts now recommend that all IVF couples use the screening test.

“Our team at CARE have studied 150 cases, the largest study undertaken world-wide and concluded that using this technique dramatically increases the chances of implantation. All couples undergoing IVF could benefit from this test which can reliably detect faulty chromosomes prior to implantation,” Professor Simon Fishel, Managing Director of CARE Fertility and lead author said.

By screening the embryos and transferring only viable ones, miscarriage rates can be reduced in IVF couples. In CARE’s study, results showed a live birth rate of 24.1% per embryo transfer in women who had received the array CGH testing. This was compared to other groups in which the testing was not used where the per cycle live birth rate was 16.7% and 12.5%.

But miscarriage rates won’t be the only reduction that couples see from using this new embryo testing. Researchers also say that the testing can help reduce the number of IVF pregnancies that result in multiple births; a recommendation that has also been made by health care professionals recently to help reduce risks to both mothers and babies.

“There are opportunities here for all patients, not just the difficult ones. It is clear that even a young woman can have up to 40 or 50 percent of her eggs being chromosomally abnormal. If you can screen them, you can choose the best one or two and implant them.”

Of course, there is always the risk that none of the embryos will be viable, which can be disheartening news for couples. But researchers at CARE say that learning this early on would actually be easier for couples that have no viable embryos to use for implantation. Instead of going through several unsuccessful transfers, they can decide right away if they would like to try a donor egg to increase their success.

“Unfortunately, some will learn that they don’t produce any viable eggs,” stated Dr. Dagan Wells, senior research fellow in Reproductive Genetics at Oxford University. “This is a disappointing result, but it is still very valuable as it lets them know that IVF is unlikely to work for them, potentially saving them from the heartache, stress and expense of undergoing multiple unsuccessful treatments.”