In the United States, medical malpractice lawsuits are about as common as thunderstorms in the Midwest. But in Canada, lawsuits against medical doctors are something of a different story. Still, there are some cases in which a lawsuit is necessary. Such is the case in a recent suit where a family was awarded $8.5 million 28 years after the birth of their daughter. 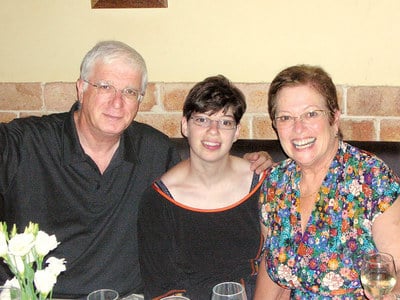 Zmora Gutbir, 28, with her mother, Atalia, and father, Avraham

Zmora Gutbir’s birth started out like most. Her mother went into labor on January 10th, 1984. She was admitted to the Toronto General Hospital around 8 a.m. Everything seemed routine, but the next few hours would turn out to be anything but routine.

When Zmora finally emerged from the birth canal, she wasn’t breathing. She was blue. Doctors needed to resuscitate her. Her parents knew something was wrong, and a “sense of panic set into the room.” But it wouldn’t be until later that they would realize just how much that day’s events would impact their lives.

After being rushed to the General to Sick Kids Hospital, Zmora was diagnosed with prolonged partial hypoxia-ischemia, a brain injury. This injury would result in a life-long diagnosis of cerebral palsy.

Zmora needs constant care. She lives in an assisted care facility in Jerusalem. She needs help getting dressed and undressed. She needs assistance with eating, going to bathroom, bathing…basic life skills. She is able to work and she has a job at a candle manufacturing plant, but she has to have transportation to and from her job. She relies heavily on her parents, but they are aging. They cannot care for her forever.

“What would happen to her when we stop living?” Zmora’s mother, Atalia stated.

As it turns out, Zmora’s disability could have been prevented. After an investigation, the family discovered that her condition was the result of improper monitoring during delivery. According to a jury, Zmora’s brain damage occurred “because she had been deprived of oxygen over a period of between one and three hours.”

According to expert testimonies in the case, Zmora’s condition could have been prevented altogether. Had the nurse monitored Zmora’s heartbeat correctly, the labor and delivery staff would have known that Zmora was in serious distress. Her heartbeat was plummeting in between contractions and it was taking too long to return to a normal rate. But no one knew because the one person responsible for checking her heart rate was doing it improperly.

“Hearing the evidence how certain all the witnesses were that she could have been normal, like our other children, if detected on time, we find it very difficult to live with, but we cope,” stated Atalia.

It took 11 years for a jury to reach a verdict in Zmora’s case. It seems like a long time, but according to the family’s attorney, 11 years is rather normal in cases such as this, especially with the complexities that surrounded Zmora’s case: destroyed medical documents, a labor nurse that can’t be found and more. Still, they won their case, and while no amount of money can give back what was taken away from Zmora, the family feels better about her future.

“We have peace now that her future is secured,” stated Atalia. “We can improve her life, both now and when we’re gone.”