Federal health officials are raising high alert for cosmetic products including skin creams, lotions and beauty or antiseptic soaps containing mercury. Consumers are being advice against using these beauty products because of the potential harm they can bring to the entire household even if they are used by only one person.

According to the officials, the products are usually available in the market in the form of skin lighteners and anti-aging treatments that remove age spots, freckles, blemishes and wrinkles. Gary Coody, national health fraud coordinator in the Food and Drug Administration’s Office of Regulatory Affairs says that teenagers may also use them as acne treatments and they have found such kind of products in at least seven states in the US. 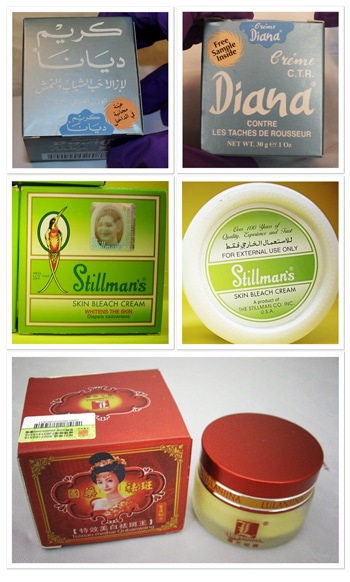 The mercury containing products are often found in shops in Latino, Asian, African or Middle Eastern neighborhoods and online. They are manufactured abroad and sold illegally in America. They may also have been bought in another country and brought to the US by consumers for personal use.

Coody warns that women need to check the labels of the cosmetics before use for words “mercurous chloride,” “calomel,” “mercuric,” “mercurio,” or “mercury,” and stop using the product immediately.

FDA does not approve of mercury in any of its drugs or cosmetics unless under very specific conditions.

“Even though these products are promoted as cosmetics, they also may be unapproved new drugs under the law,” says Linda Katz, M.D., director of FDA’s Office of Cosmetics and Colors.

“Sellers and distributors should not market these illegal products and may be subject to enforcement action, which could include seizure of the products and other legal sanctions,” says attorney Brad Pace, J.D., of the Heath Fraud and Consumer Outreach Branch within FDA’s Center for Drug Evaluation and Research.

Medical experts say that the dangers of using mercury based products are not just limited to the person using it.

“Exposure to mercury can have serious health consequences,” says Charles Lee, M.D., a senior medical advisor at FDA. “It can damage the kidneys and the nervous system, and interfere with the development of the brain in unborn children and very young children.”

FDA toxicologist Mike Bolger, says “People—particularly children—can get mercury in their bodies from breathing in mercury vapors if a member of the household uses a skin cream containing mercury.”

Infants and small children are prone to putting fingers in their mouth and if they have touched an adult using a mercury based product they can easily ingest mercury, he adds.

The officials say that if the product label does not list the ingredients it is advisable not to buy it. Also if the label is in another language than English, it is still advisable not to use it.

The agency has over the past few years listed more than 35 products with higher level of mercury than approved. The agency’s field staff have also been authorized to stop the shipment of such products.

But Coody says consumers still need to be alert.

“Many of these products are coming into the country through channels we can’t easily track, such as international mail and personal baggage. That’s why it’s so important for consumers and sellers to know about the dangers of possible mercury poisoning associated with the use of these skin products.”

According to the California Department of Public Health after three years of constant use of an unlabeled mercury containing product a 39 year old women in California had more than 100 times the average amount of mercury in her urine and had symptoms of mercury poisoning. She had received the skin cream from a relative in Mexico. The officials also found traces of mercury in all family members including a four year old.

Some other states where cases were reported were Virginia, Maryland, and New York and Minnesota, where 11 of 27 imported skin products taken from store shelves containing mercury .

The agency warns that if you have already bought a product containing mercury, the product should not be further used and hands and other body parts where the cosmetic has been used should be thoroughly washed. One can contact a health care professional for advice.

The officials also suggest that the products should be thrown only after sealing them in a plastic bag or a leak proof container. As it is a hazardous waste it is also best to check with local environmental, health or solid waste agency for disposal instructions.