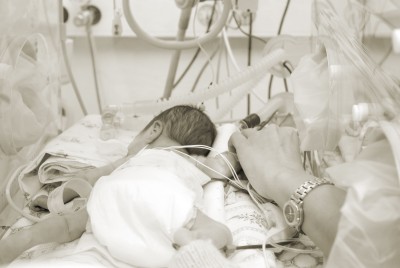 A jury awarded a Florida mom $10 million after finding the EVAC ambulance service negligent in the premature birth of a boy, now 6 years old and suffering with cerebral palsy.

Margarita Chess was just over 6 months pregnant, when she went into labor. Instead of admitting her, Halifax Medical Center called the Volusia County ambulance service to transport her to Arnold Palmer Hospital in Orlando.

Margarita’s son arrived during the trip weighing 1lb 7ozs and though paramedics did CPR, the baby was deprived of oxygen.

Earlier the hospitals and doctors settled for $1.4 million but EVAC went to trial and, according to the jury, is responsible for $8.6 million.

“EVAC Paramedics have to care for the tragic consequences of illness and injury everyday. We stand behind our paramedics and intend to appeal this verdict.”

The mother’s attorney, Bob Kelley, was satisfied with the jury’s decision.

“Unfortunately, there is no amount of money that can bring justice for Addison for what happened to him, but this will help his family take care of him,” he said.

While I understand the heartbreak this family has probably been through, I know MANY families who have had hospital births that are fully staffed with all of the equipment and their preemies have still ended up with Cerebral Palsy.

Origins of Cerebral Palsy posts this very interesting information regarding this:

Evidence suggests that 5 percent of newborns that weigh less than 3.5 pounds will develop CP. Neonate survivors born before week 33 are up to 30 times more likely to contract cerebral palsy than a baby born at term. The younger the individual, the lower their birth weight, the more vulnerable that individual is. An infant of less than 3 pounds is twice as likely to develop CP than a full term baby of more than 5 pounds.