Home » Folic Acid Deficiency Could Have Impact through Several Generations 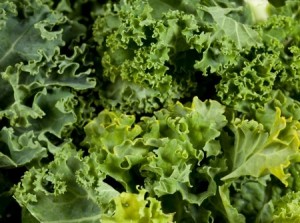 “It surprised us to find that the great, great grandchildren of a parent who has had a folic acid deficiency could have health problems as a result – suggesting that the ‘sins of your maternal grandparents’ can have an effect on your development and your risk for disease,” Dr. Erica Watson from the Centre for Trophoblast Research at the University of Cambridge, lead author on the study, told Medical News Today.

This new information came after Watson and her colleagues studied mice whose gene, Mtrr, had been altered. This gene is key to the normal progression of the folic acid cycle, and when mutated, it causes abnormalities in folic acid metabolism; essentially, it mimics a folic acid deficiency.

The results of their first test found that, when the maternal grandmother had her Mtrr gene altered, the genetically normal grandchildren were at risk for a number of developmental abnormalities. What’s more, these abnormalities were seen on into fourth and fifth generation mice.

Researchers also conducted a second test in which the embryo for a third generation genetically altered mouse was implanted into a normal, healthy female mouse. This time, the developmental abnormalities were not passed down genetically. In this case, the defect were the result of epigenetic changes that had been inherited.

Epigentics is a system that turns genes on and off. It occurs when certain chemicals, called methyl groups, bind to the DNA at specific locations. These chemicals then control which genes are expressed and when. Interestingly enough, it is the folic acid cycle that ensures a cell has enough methyl groups for normal gene expression. Essentially, the abnormalities found in these mice passed from one generation to the next, despite the fact that the epigenome had been “wiped clean” after each generation.

Mice were used, specifically, because of the fact that they metabolize folic acid much the same way that humans do. In addition, a deficiency generally results in the same types of defects. These two commonalities were what helped researchers explore how folic acid deficiency and molecular mutation of the genes carried on through generations.

“Although our research focused on genetic mutations which disrupts the break down and metabolism of folic acid, we believe that folic acid deficiency in the diet would have a similar multi-generational impact on health,” Watson said. “Our research shows that disease in general can be inherited through epigenetic means rather than genetic means, which has huge implications for human health. Environmental factors that influence epigenetic patterns – e.g. diet, epigenetic disruptors in the environment such as chemicals, etc. – may also have long term, multigenerational effects.”

Several countries, including Canada and the United States, have implemented folate fortification through various food products, such as breakfast cereals. However, this study indicates that these efforts, while important, aren’t likely to eliminate abnormalities caused by folic acid.

“Fortification programs have reduced the risk of health effects, but not eliminated them completely,” Watson said. “Based on our research, we now believe that it may take more than one generation to eliminate the health problems caused by folate deficiency.”