Home » Gisele Bundchen Steps Out With Vivian in NYC

Gisele Bundchen and her daughter Vivian Brady were photographed heading home after dining at Extra Virgin in New York City on Sunday November 14, 2015. 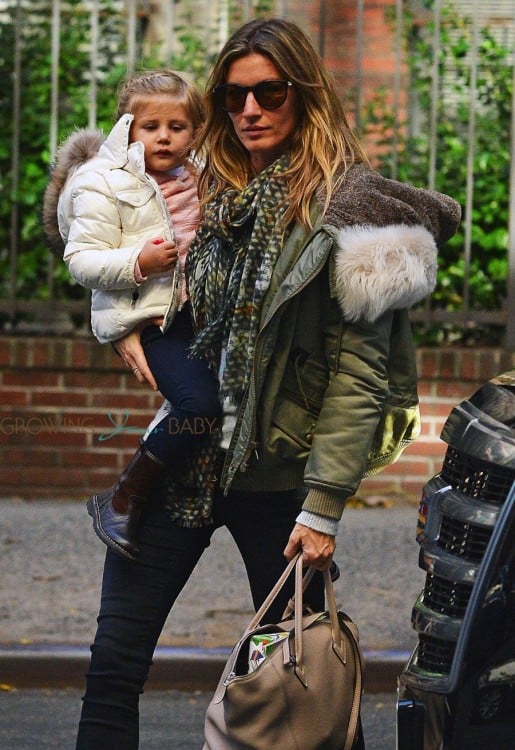 The model mama was spotted at the park with both her kids earlier in the day, before enjoying a dinner date with her little lady.

It has been a big week for the model whose coffee table book, “Gisele,” which features more than 300 pictures of the fashion model, sold out it limited-edition 1,000-book run Thursday before it even got a chance to hit bookstores.  What was more surprising was that each book sold for $700 a pop!

Good news though.  All of the proceeds are reportedly going to charity.