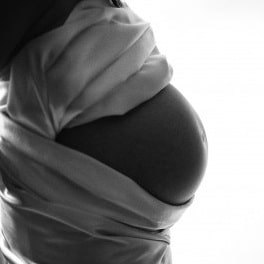 Post-partum hemorrhaging is one of the most common and dangerous risks to women after delivery. While lower in more developed countries, this risk is substantially higher in less developed countries due to a lack of medical facilities, equipment, staff and medications.

Dr. Robert Garfield, PhD, a St. Joseph’s Hospital and Medical Center Researcher, hopes to reduce the occurrences of post-partum hemorrhaging worldwide by developing a compact, battery-powered device. It will be designed to electronically stimulate uterine contractions, reducing the risk of post-partum hemorrhaging. Anyone will be able to use the device, making it a valuable medical instrument, especially in underdeveloped countries where proper medical care might not be available.

Dr. Garfield’s efforts will be funded in part by a grant awarded to him and his team by the Bill and Melinda Gates Foundation. It will be offered in two separate phases – $100,000 and $1 million. Additional funds will also be provided by the St. Joseph’s Research Foundation and the National Institute of Health.

“Post-partum hemorrhage is the major cause of mortality in pregnant women. Worldwide, every minute, one woman dies from complications of pregnancy with post-partum hemorrhage, contributing to more than 30 percent to this high mortality. These studies, which are supported by the grant, can lead to important new ways to control bleeding in women following delivery of their babies.”