Gwen Stefani and her sons, Apollo, Zuma and Kingston were spotted arriving at church in North Hollywood, California on Sunday April 10, 2016.

The singer kept her youngest son Apollo close in an ErgoBaby Carrier while her oldest boys walked beside her. 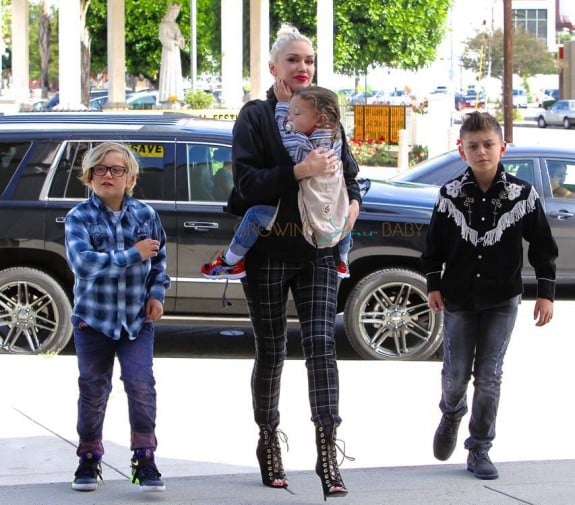 Kingston was all style in a fringed cowboy shirt and torn jeans as Zuma rocked Nike kicks, ombre jeans and a plaid button up shirt. 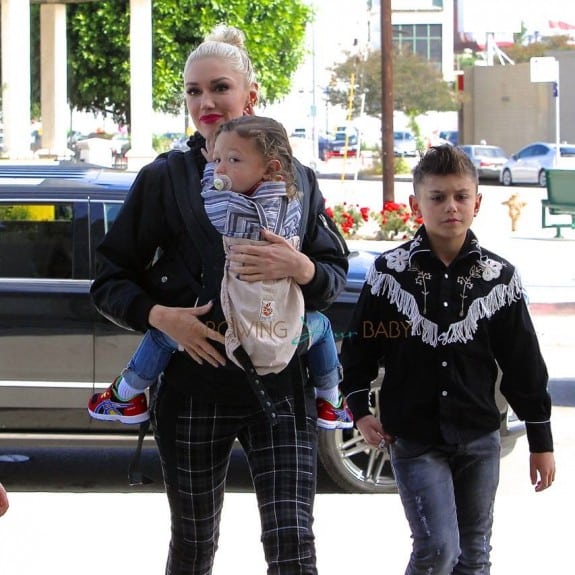 After the service Gwen chatted with her dad and niece before making her way to an awaiting SUV. 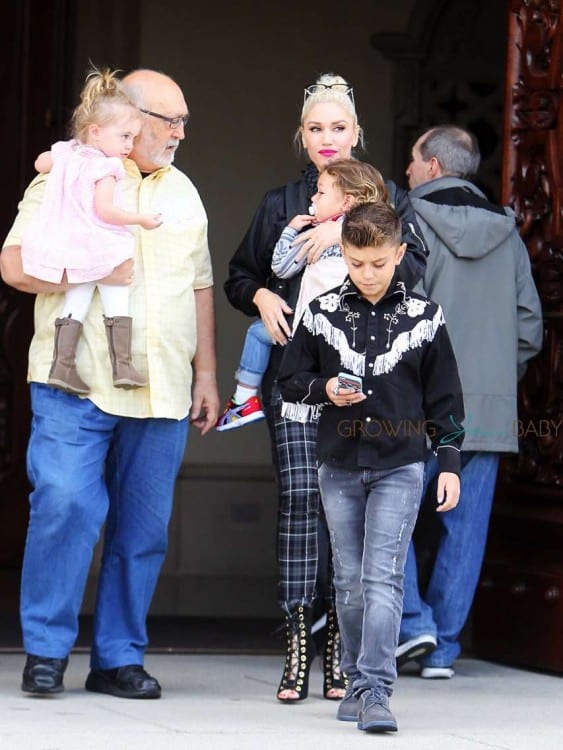 After 2 Seasons as a judge on The Voice, Gwen has returned to team up with her boyfriend, Blake Shelton, to mentor his team.  But don’t look for Gwen to sit in the judges chair again anytime soon.  NBC announced last month that Miley Cyrus and Alicia Keys will join the show’s mainstays, Adam Levine and Blake Shelton.  There is no word on whether Gwen and Blake will pair up for Season 11, but we hope so.  They make a great team!