Gwen Stefani re-united with her band No Doubt on Sunday for a birthday party on the beach Marina Del Rey, California. 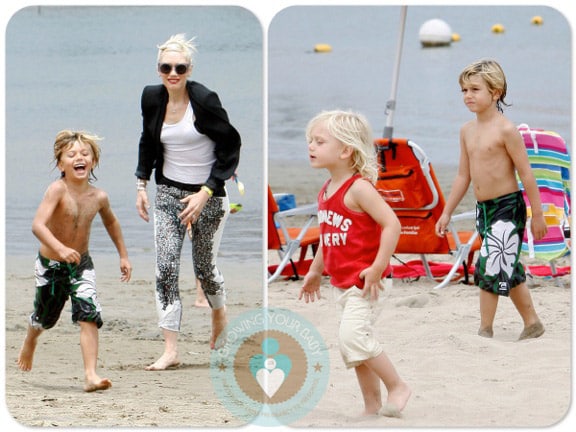 The singer was photographed playing tag with the kids in the sand and taking pictures of them having fun in the sun.

Her two beach lovers rolled around on the beach and played with their friends in the ocean and on the climber.

According to the band’s site, No Doubt will be making their long-anticipated return to music this September when their new album is released on September 25. Gwen is also rumored to appearing on The X Factor UK as a guest judge when it returns for it’s second season this September.