Halle Berry was spotted taking a break from filming ‘Extant’ on Thursday to spend some time with her son Maceo checking out the ducks. 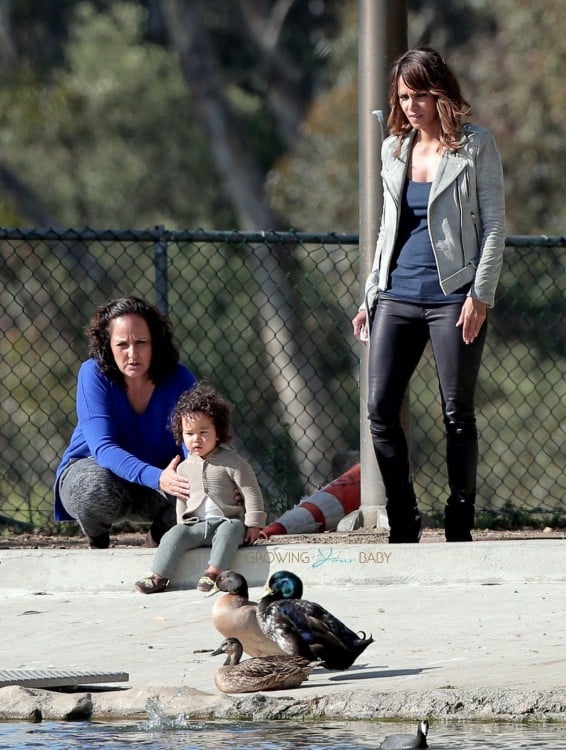 Maceo watched the ducks go in and out of the water with his mom and nanny, who held on to him so he wouldn’t slide down the slope.  He kept his distance in a beige knitted sweater. 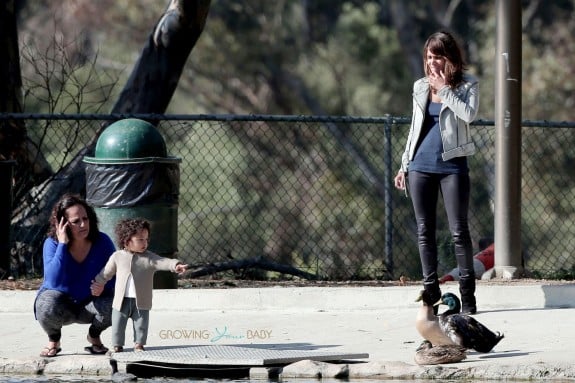 Halle is currently filming her second season of the Sci-fi show Extant, which is scheduled to premiere in the United States on July 1, 2015.  Also look for her movie Frankie & Alice to come out on DVD on March 2nd.