Whether it’s the latest diet or supplement or even workout routine, health fads tend to come and go. But there’s one trend for new moms that seems to be gaining steam, despite the fact that its been around for ages and, more specifically, in the United States, since the 1970s. It’s called placentophagy, or the consumption of the placenta (after-birth). 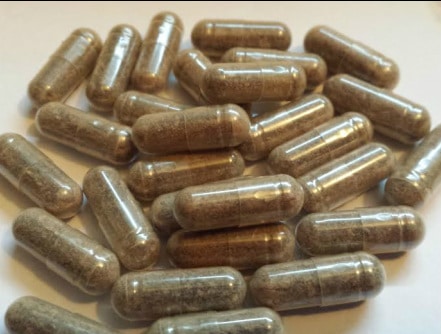 The placenta, a bloody, spongy organ, ensures that the fetus receives the nutrients, oxygen, and hormones it needs via the umbilical cord. Once delivery happens, it’s removed and often tossed aside as hazard waste. But many tout the benefits of eating it instead.

“Placenta helps to restore your body with vitamins, minerals, and hormones,” midwife Claudia Booker told AFP. “Not rejuvenate you so you can go to parties . . . just restore you when you feel like a used machine.”

Booker processes and prepares placentas into a several week course of placenta pills. First she cleans it, presses the blood from it, steams it, and places it in a dehydrator overnight. The dried organ is then cut into strips and placed into a coffee grinder where it’s turned into a powder that will be packed into small capsules. She learned her technique from a Chinese acupuncturist.

Interestingly enough, Americans are thought to be among the first to practice placentophagy. But according to Daniel Benyshek, a medical anthropologist at the University of Nevada, the United States has nothing on China. While the practice emerged in US back in the 1970s, the afterbirth has long been prized by Chinese healers for its health benefits and curative qualities.

Unfortunately, there’s not much evidence to back up those supposed properties. There’s even less on humans, Benyshek said. He says this is due, in part, to the fact that most human studies about the benefits fall short of meeting acceptable scientific standards, and so the evidence, at best, is anecdotal.

“There is a lot of positive feedback from women, including women who experienced postpartum depression,” Benyshek, who conducted a survey of 189 women in 2013 and found that 98 percent reported their experience with placentophagy to be “positive.”

But the lack of evidence doesn’t seem to matter much to those that have tried it, or to those that embrace the practice as a highly beneficial post-birth ritual.

“The reason that I chose to do it is that there is a history of depression and one of the purported benefits, of course, is that it helps bounce my hormones,” mother-of-three, Melissa, told AFP. She chose to pack her placenta into truffles so she wouldn’t forget to take it. “It seemed to be a good idea because I tend to forget to take my vitamins but I don’t’ forget that I’m in the mood for chocolate!”

And fellow mom, Laura Ransom, from Las Vegas, Nevada, says that she wishes she’d done it sooner. She says that taking the placenta pills helped her to manage a very hectic life and schedule after the birth of her third child.

“I did not do this with my first two pregnancies and I can’t express the night-and-day difference of my emotional and physical recovery,” Ransom told AFP. “The pills gave me energy, curbed my mood swings, actually made me really happy, and helped me to handle things in the midst of adding number three to our family after a move and my husband starting a job.”