Home » Heidi Klum and Seal Hang Out At The Soccer Field!

Ex’s Heidi Klum and Seal were spotted arriving at the park to show support for their kids, Leni, Henry, Johan and Lou during their soccer game on Sunday. 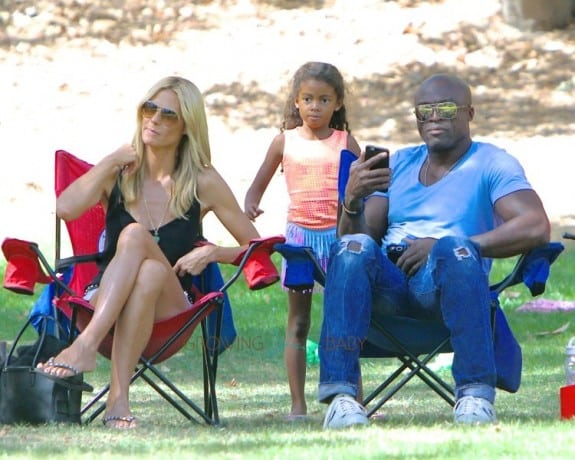 No drama here!  The former couple sat next to each other while they watched their kids play and at one point they gave each other a kiss on the lips. The kids were thrilled to have their dad at their game – tackling him when he arrived and all taking turns sitting on his lap, while the other played. 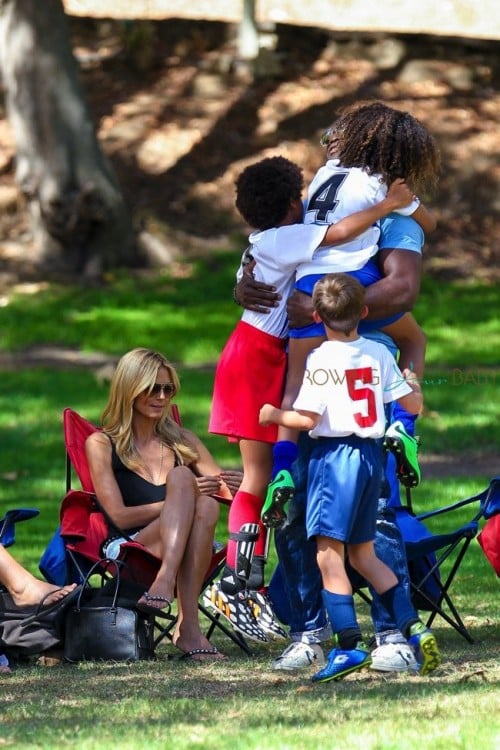 The date didn’t end there.  Later on the pair were photographed exiting a restaurant then heading to Nordstroms in Brentwood. 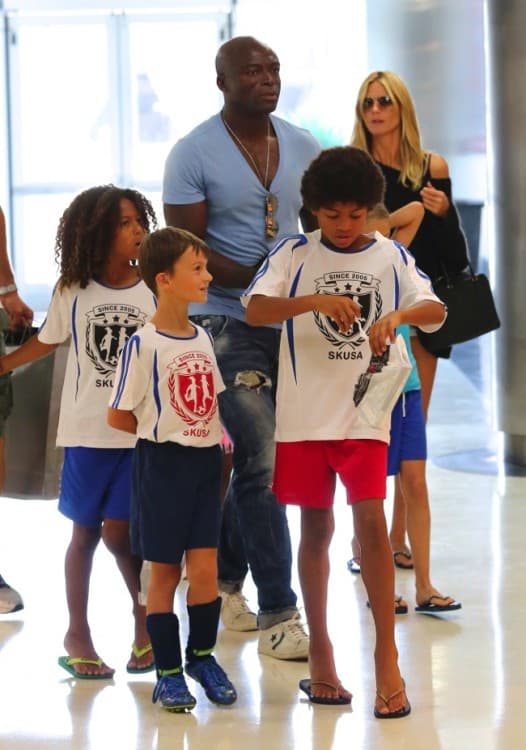