Home » Hilary Duff Bares Her Bump At The Beach

Hilary Duff showed off her growing baby bump while on the beach in Malibu with boyfriend Matthew Koma on Wednesday August 15, 2018. 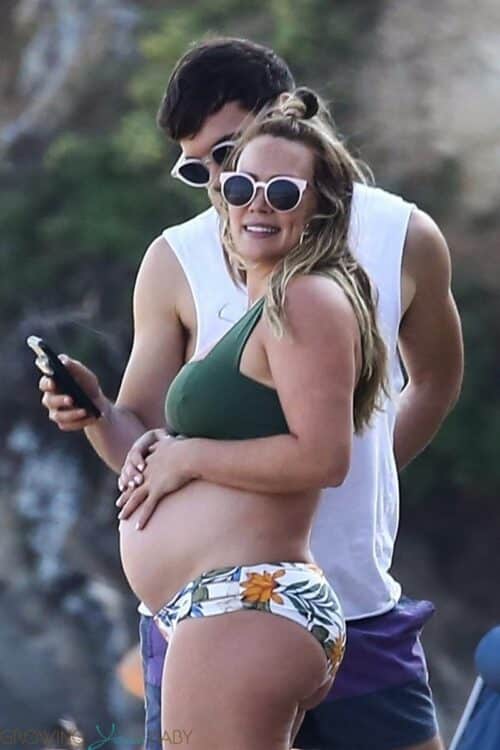 The actress looked awesome in a bikini bathing suit as she enjoyed some down time by the water. 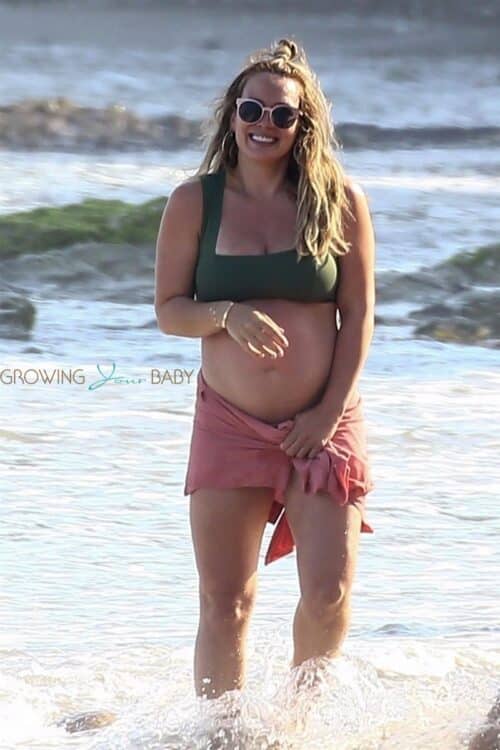 Keeping it real Hilary recently revealed on Instagram this pregnancy is getting hard.

The boobs are big the belly is big the body is big. Man.. pregnancy is hard. Giving love to all mamas who make it look effortless… this journey is hard as hell and also incredibly special. Lovely to have a little life inside and to day dream of all the new adventures to come buuuut almost impossible to get my own shoes on..sick of getting up 9 times a night to pee and looking at this weird body in the mirror that is not my own at the moment. Women are so bad ass, this was just a note to remind myself and remind others how’s strong and beautiful you are! WE GOT THIS! ???????

Her pregnancy craving are also very specific.  On her instastory last night Matthew could be heard revealing that he went to 6 stores to find candy she had requested.  ‘Good and Plenty’ he could be heard telling her.  ‘Not to be confused with Mike and Ike’s’.   ‘Mike and Ike’s suck’, Hilary tells hims after he shows her the two boxes he scored. 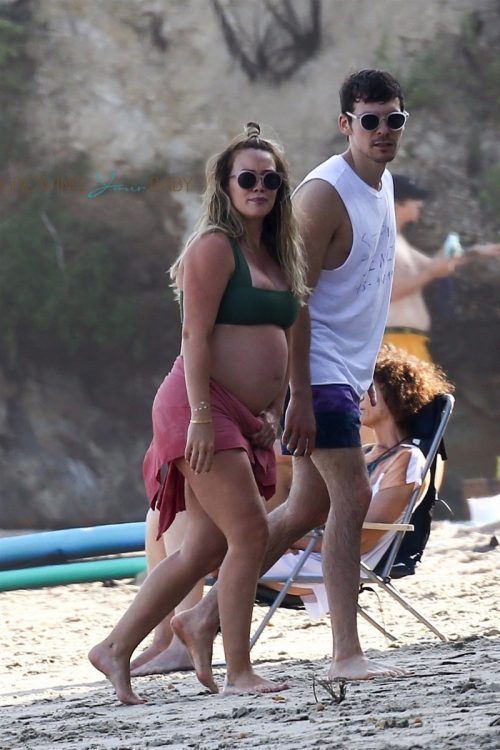 Hilary announced she is expecting a baby girl with Matthew in June whom she has reportedly been dating since 2017. When she arrives, the new baby will join the actress’ son Luca with ex-husband Mike Comrie.