Home » Hilary Duff Stops By The Market With Her Son Luca

Hilary Duff was spotted out and about with her son Luca Comrie in Studio City on December 06, 2015.

The pair grabbed a snack before heading to the market to meet up with friends. 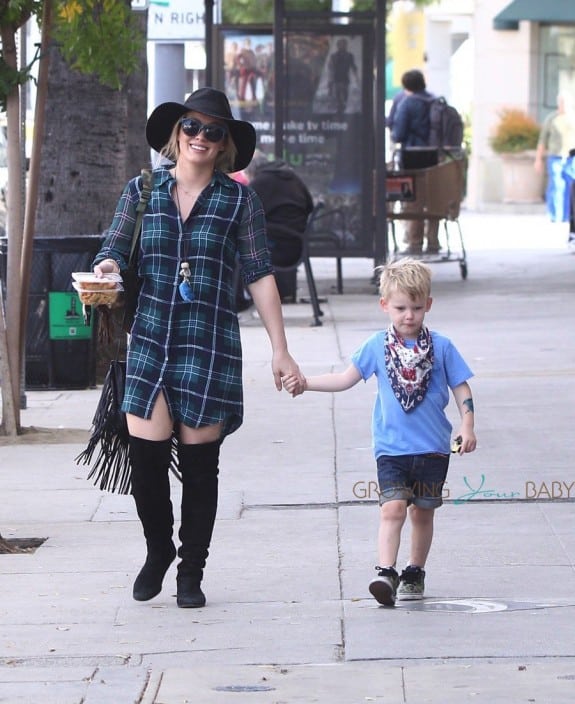 Luca was cute in a blue tee, jean shorts and a bandana as he helped his mom feed the meter. 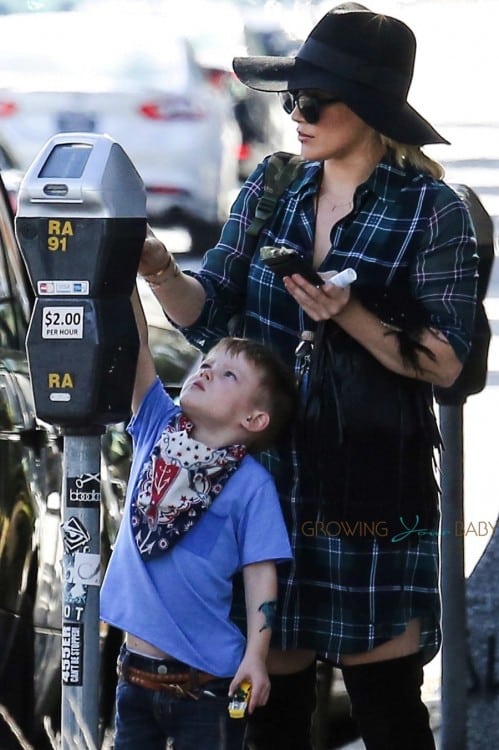 Hilary was pretty in a green plaid dress and thigh high suede boots. 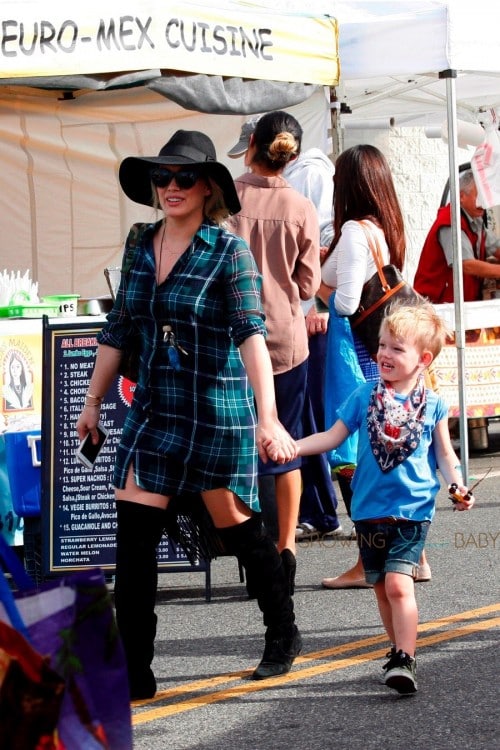 The night before the actress and her son must have slept over at sister Haylie’s house because she shared a photo of Luca in his pajamas sampling some yogurt.

“Yogurt taste test w my favorite little dude,” Haylie shared along with a picture of Luca sitting on the counter. 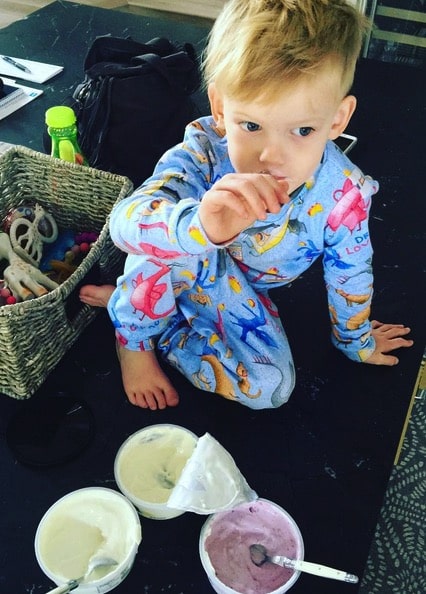 Hilary following up with a photo of Luca and his baby cousin Ryan playing on the floor. 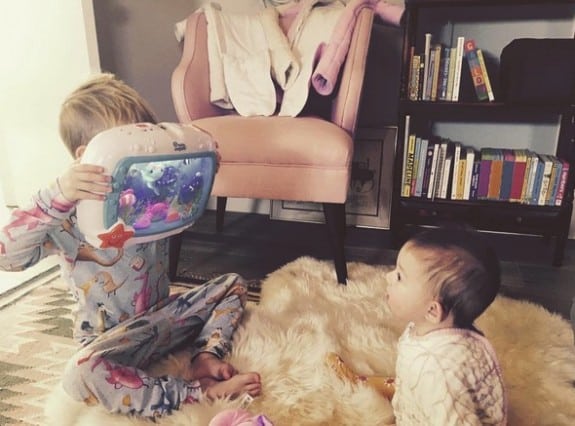 Hilary currently stars in Younger from Sex and they City producer Darren Starr.