Home » Holly Madison Gets Ready For Halloween With Baby Rainbow

New mom Holly Madison was spotted out in West Hollywood on Friday collecting up some decorations for Halloween at Mr. Bones Pumpkin Patch. 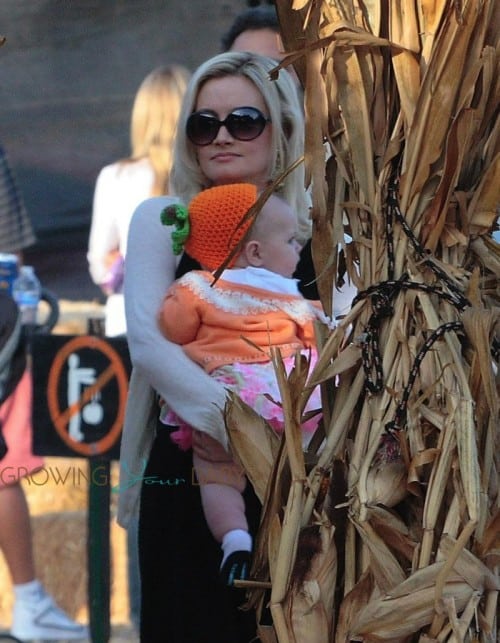 Along for the festivities was the model’s mom Patsy and her daughter Rainbow, who was dressed for the season in a cute pumpkin hat! 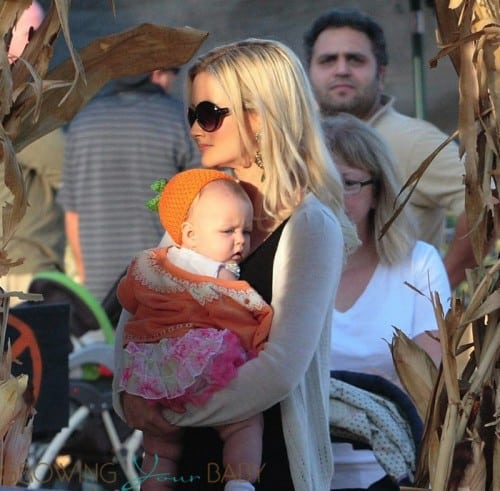 Earlier this week Holly created a bit of stir with parents when she shared an image of her baby girl at the chiropractor. 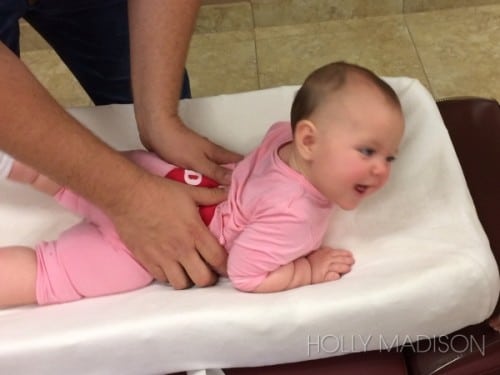 “Did you know chiropractors can adjust babies, too?” She asked. “One of rainbow’s first appointments, after the pediatrician was with a chiropractor. She still enjoys getting adjusted today!”

Readers on both sides of the issue weighed in on their thoughts with some questioning why a baby so young needs to be adjusted to others noting that a baby can be put out of line from going through the birth canal.

What do you think?  Do babies need to be adjusted?