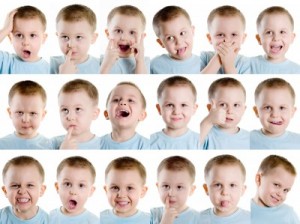 Researchers in Australia say they have found a way to help children with autism recognize facial expressions. This could be used to help autistic children with social problems.

The hormone oxytocin is best known as the hormone produced by laboring and breastfeeding women. When this hormone enters the brain it promotes trust, love and social recognition. Oxytocin is know as the love hormone that helps with bonding between a mother and child after birth.

Researchers from the University of Sydney studied the effects of a single dose of oxytocin on autistic teenagers. Half of the group were given a placebo done, the other half a dose of oxytocin. The teens were then asked to look at a facial expression and determine the emotion behind the expression. The teenagers who received the oxytocin dose performed significantly better than those on the placebo.

The study was relatively small and requires more research to be done before this treatment is used on autistic children. However, the effects are promising. Dr. Adam Guastella of the University of Sydney, the author of the study, said “It is also the first to show the benefits of oxytocin nasal spray in young people, suggesting potential for earlier intervention where there may be greater opportunity to improve development.” – Summer, staff writer