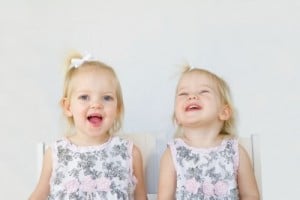 In a recent report, researchers cited that twin births have increased by 76% over the last thirty years. Researchers attribute this massive spike in the increased gestational age of women when they get pregnant and the increased use of various fertility treatments, particularly ovulation stimulation medications and in-vitro fertilization.

Fertility treatments are most common in older women, and researchers say that this is why the biggest increase in twin births was found in women 40 and older. Researchers indicated that 7% of all pregnancies in women 40 and older resulted in twin birth. For women 35-39, 5% of all babies were born in pairs. In women under the age of 25, only 2% of all births resulted in twins.

One of the researchers that participated in the study, Joyce Martin, MPH, said that while twins are definitely adorable, the health risks to mother and baby are often overlooked.

“The idea was, ‘Isn’t this cute?’” stated Martin. And while she does admit that most twins do fine, being born at a low birth puts infants at a higher risk for certain health complications, including breathing problems. To make matters worse, twins are much more likely to be born prematurely than single babies.

Thankfully, researchers did say that the increase over the last four years has slowed. Only a 1% annual increase in twin births was seen between 2005 and 2009. This may have something to do with the advanced technologies in fertilization treatments.

Scientists are now finding, in many instances, that they can transfer just one embryo, often in the first or second IVF cycle, and still achieve a successful pregnancy. This eliminates the possibility of a second embryo during IVF, which is better for both mother and baby.