Cells that help beneficial bacteria to grow and safely colonize in the gut have been found to be important to health and immunity of babies through many studies. However, a new study, published online the November 6th publication of the journal Nature, has now linked the colonization process to an increased susceptibility to infection among newborns. 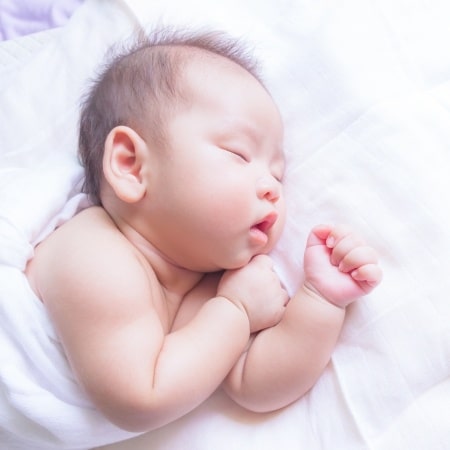 Up to this point, it’s been thought that newborn infants are susceptible to infection because their immune system cells are immature or underdeveloped. However, when researchers from a Division of Infectious Diseases at Cincinnati Children’s looked at previous studies, as well as some of their own previous work, they began to realize that susceptibility of infection in infant mice seemed to vary significantly based on various experimental conditions. This led them to the theory that there’s more to the compromised immunity in newborns than just immaturity of immune cells.

To explore their theory further, researchers used a series of lab tests in human blood cells and mouse models. In the first part, they transferred immune system cells in bulk from adult mice to newborn mice. Interestingly enough, this did not enhance the immunity of the newborn mice; in fact, researchers said that the production of protective immune system cytokines in the adult cells were actually blunted in the newborn mice. Similar results were also observed when mixing neonatal cells with adult cells in lab cultures. However, when they conducted a complementary experiment, one in which infant immune system cells were transferred into adult mice, the neonatal cells started to produce protective cytokine TNF-alpha (helps increase the immune system’s protective response to infections).

“The first few days after birth represent a critical developmental period when a baby’s immune system must adapt to many new stimulants. This includes environmental microbes that are not present in the womb, but immediately colonize tissues such as the intestine and skin,” Sing Sing Way, M.D., senior investigator on the study, told Science Daily. “Our findings fundamentally change how we look at neonatal susceptibility to infection by suggesting it is caused by active immune suppression during this developmental period, as opposed to the immaturity of immune cells.”

The suppressing cells in this case are the CD71+ precursors of mature red blood cells. These exact same cells are enhanced in newborn mice and in the cord blood of humans, and they are there to prevent an over-reactive immune response as the infant adjusts to the microbe filled world around them. Without the suppression, there might be an issue of inflammation within the intestines because of the colonization that is taking place to help aid digestion-related functions.

Because the function is essential, and the two are interrelated, Way and his colleagues say that there must be a way to allow the colonization while still offering more protection for infants against systemic infections. However, Way says that it is imperative that any protection not prohibit the CD71+ cells from doing their job, and at this time, the emphasis is on conducting more research before any steps are taken towards applying the findings to human infants.