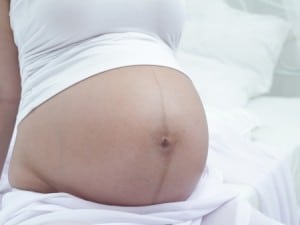 Diabetes at any time can put someone at risk for a number of complications, but during pregnancy, those risks extend to the unborn fetus. Experts are now saying that more needs to be done to catch diabetes early so that these risks are reduced, and in hopefully many cases, completely eliminated.

According to the experts, as many as one in five pregnant women will develop gestational diabetes. Unfortunately, those same experts estimate that only about one quarter of those women will be identified using the traditional screening methods. What’s more, there are some cases in which diabetes is an issue prior to pregnancy, but the mom-to-be is unaware. In all of these situations, the consequences can be severe.

“Many women have type 2 diabetes but may not know it,” Dr. Ian Blumer, chair of a task force from the Endocrine Society told Medical News Today. “Because untreated diabetes can harm both pregnant woman and the fetus, it is important that testing for diabetes be done early on in pregnancy so that, if diabetes is found, appropriate steps can be immediately undertaken to keep both the woman and her fetus healthy.”

Though any woman is at risk during pregnancy, some are at higher risk than others. The Hormone Health Network recognizes the following women at an increased risk for the disease:

Until now, the testing for gestational diabetes occurred around 24-28 weeks gestation. If you’ve ever been pregnant, you probably remember this test: you weren’t allowed to eat or drink anything prior to your appointment and you were given this super-sweet drink before having your blood drawn that day. This is known as a glucose tolerance test, and it will continue to remain as a testing method, as suggested by the Clinical Practice Guideline (CPG), which was recently published in the Journal of Clinical Endocrinology and Metabolism.

The biggest recommendation is actually preventative; experts are suggesting that women trying to conceive lose excess weight prior to pregnancy, since being overweight or obese increase the chances of both diabetes and gestational diabetes. Other recommendations include medical nutrition therapy and at least 30 minutes of daily exercise to try and manage diabetes. If that does not work, then blood glucose-lowering medication should be used. Additionally, the recommendations are calling for all women with either type 1 or type 2 diabetes to have a detailed eye exam to check for diabetic retinopathy.