Women dealing with infertility may obtain testing to determine egg count numbers. Others may opt to have tests done so they can make an informed decision about whether they should freeze their eggs or not. All of them may be surprised to learn that egg count is not the be-all, end-all to fertility. Instead, fertility is based on a wide range of factors – the most influential of which is age, not test numbers. 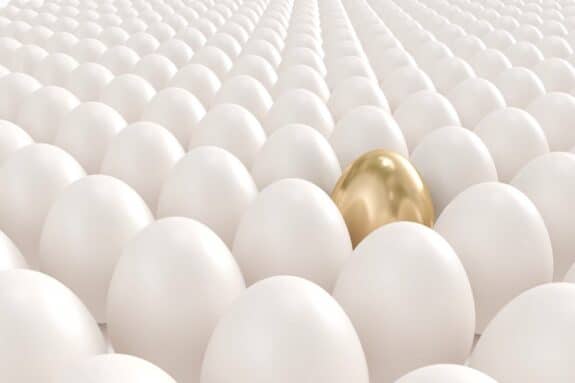 “Women are partnering and getting married later in life. They are aware of age-related decline in fertility. Women are seeking tests, outside of their age, that inform them about their fertility. Some women may also use such tests to guide their decision-making about freezing eggs,” Dr. Anne Steiner, a professor at the Uniersity of North Carolina School of Medicine and lead author on the study, said. “Age still remains the best predictor of a woman’s reproductive potential.”

Published in the medical journal JAMA, the recent study found that high FSH and low AMH levels – which has been previously associated with a low ovarian reserve (low egg count) may be less predictive of a woman’s ability to conceive than previously thought.

A total of 750 women between the ages of 30 and 44 were followed in the study. Each was provided with a pregnancy test and instructed to notify the researchers if they tested positive. Blood and urine samples were also analyzed, and the women were asked to keep diaries on their pregnancy attempts, any medications they took, results of their pregnancy tests, and any other relative data. Probability of conceiving was not found to be any better for these women than those who have low AMH levels and high FSH levels – and that was even after the researchers adjusted for things like age, race, recent contraceptive use, and body mass index, which might have lowered the group of women’s chance of pregnancy.

“I was surprised by our results,” Steiner said.

She says the numbers could still be important, especially when it comes to figuring out how many viable eggs a woman has available for in vitro fertilization. Still, the infertility issue may be more related to the quality of eggs than quantity, Steiner says.

“As a woman ages, the quality of her eggs also decline,” she said. “When the egg is fertilized, the resulting embryo is more likely to be aneuploid, or not have the normal number of chromosomes. This is why women are less likely to get pregnant … more likely to miscarry, and more likely to have a baby with Down syndrome, as a woman gets older.”

Dr. Aimee Eyvazzadeh, a San Francisco-based reproductive endocrinologist, says the study confirms what most fertility doctors already know – that women and their fertility are far more complex than a set of tests. And the only way to really determine your odds of conception is to discuss the matter with your doctor, in-depth and at-length, as soon as possible.

“I’ve had patients with pregnancies who when I met them had AMH levels that were undetectable and I’ve helped them have three children over years, but there is something very unique about these women and it’s a genetic profile,” Eyvazzadeh, who was not a part of the study, told CNN. “They all have a fertility genetic profile and we are learning more and more about what this means for women and how their fertility hormone levels fit into this picture.”