UPDATE: March 16th 2:45 Neve’s rep confirmed to People exclusively this afternoon the couple is expecting a baby later this year by simply saying,

ORIGINAL POST: It appears Neve Campbell is getting ready for a new role – as a mom! The actress was photographed on Thursday(March 15) with an emerging baby bump while out on a stroll in Los Angeles. 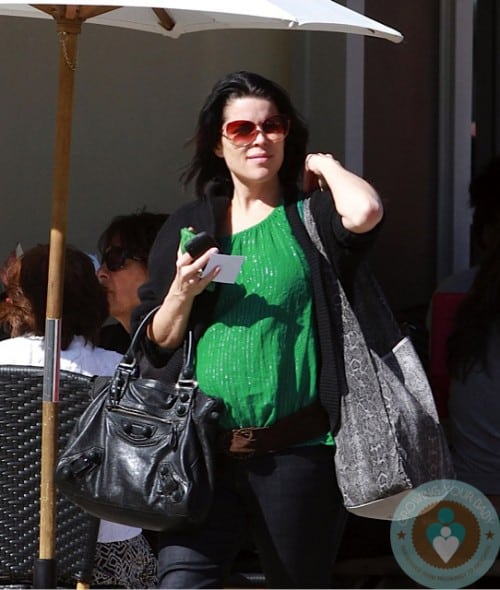 While wearing a green shirt and a pair of jeans Neve looks to be possibly 4 or 5 months along.

There has been no word from the actress but fellow cast members working with her on the set of her upcoming Lifetime movie Sworn to Silence in Toronto told gossipoverload.com

‘Neve is an extremely nice person and was glowing everyday and talking to a few of us on set how she was excited for being a new mom.’
‘Although she never said who the father was and we didn’t want to pry.’

Neve is reportedly dating actor JJ Feild. If she is pregnant this will be her first child.