‘Guardians Of The Galaxy’ actress Zoe Saldana was photographed out grocery shopping at Whole Foods in Studio City, California on July 14, 2014. 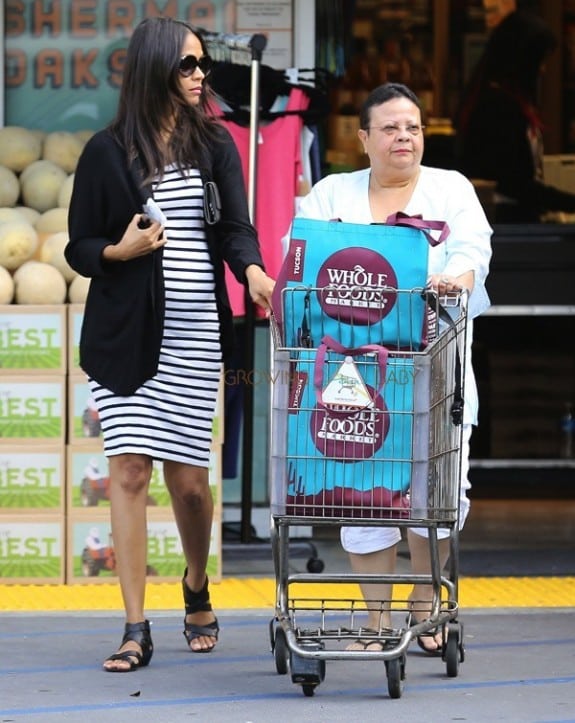 Zoe married Italian Artist Marco Perego last June after in a secret ceremony following a few months of dating.  While talking with Marie Clare she said she didn’t over think the whole relationship.

‘I don’t do the ABCs.  I do what my heart says, what my heart feels. So from the moment I met my husband, we were together. We knew.’

‘I don’t just window shop,’ she says. ‘I don’t have the time or the energy or the attention span for that. I need a pair of jeans, I go and – boom – get them. I met my husband I wasn’t going to try it out and see if it works. No I felt it. I went with the feeling.’

There is no official word that Zoe is expecting, and often celebrities don’t confirm a baby is on the way until they are waddling down the red carpet, but we’ll be on the watch to see if we can add her to the long list of celebs that are expecting in 2014!