Home » Doctors Save Little Girl From a Kernel of Corn

Two year old Mia Lindsay was finishing her dinner at home when a tiny corn kernel began to choke her. It soon turned into a life and death situation when the corn got lodged in the toddler’s lungs. In what seems to be the first case of its kind, doctors finally saved her from the kernel after an emergency operation.

It is hard to believe what a small thing like a kernel of corn can lead to. But one Australian family learned the hard way when they saw their baby girl choking and struggling for life. 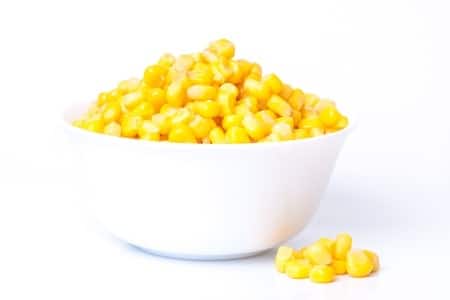 The Lindsay family was having dinner when Mia began to choke.

“One minute she was talking to me and in a split second she was blue and not breathing,” her mom Casey said.

The corn kernel had stuck in Mia’s right lung when she began choking during dinner time. She had turned blue as the kernel had stopped the blood supply. Constant coughing made the kernel go to the left lung from the right one and this stopped her from breathing.

Casey instinctively knew Mia was in danger and drove her to the local hospital. An X-ray showed that a foreign object was stuck in her lungs.

She was transferred to Monash Medical Centre for specialist care.

Dr John Cheek and Dr Diana Egerton-Warburton knew that the toddler was in danger but it was not until the following morning that the real threat was visible when she stopped breathing.

“She was minutes away from death,” Dr Egerton-Warburton said.

Mia had to be immediately operated on when the surgeons discovered the kernel in her lung.

Two years later, the family is still shaken by what happened that night.

“It’s just a miracle that she could have the surgery immediately because I hate to think what would have happened if we didn’t take her to hospital.”

It has also taken them that long to reintroduce corn into the household, but Mia still steers clear.

Doctors have now published Mia’s case in the journal­ Emergency Medicine Australasia in the hopes that it will help other families be aware of the mealtime supervisions that are extremely necessary with young children.

The doctors add that if children have coughing with breathing difficulties while eating, parents should immediately seek medical help.