Home » Isla Fisher Out And About With Elula

Isla Fisher spent the weekend out and about with her daughter Elula in New York City. Isla was in town with her husband Sacha Baron Cohen to attend the Tribeca Film Festival. 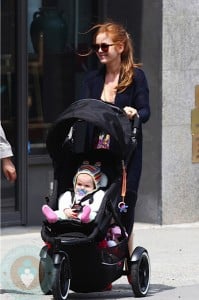 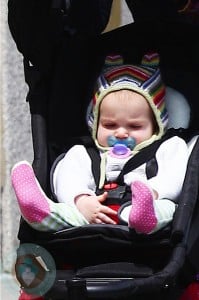 The couple were spotted out with their daughters several times over the weekend, but on this outing Isla enjoyed a walk alone with Elula.

Isla is in talks currently for her next film project, The Great Gatsby. The mother has taken a break from film work since the latest arrival for her and husband, but if she joins the cast of this film, she would work alongside Leonardo Dicaprio and Carey Mulligan.

Will she be able to juggle motherhood and film once again? With an infant at home, she will have a challenge.