Home » It’s a Parking Lot Birth for Father and Daughter! 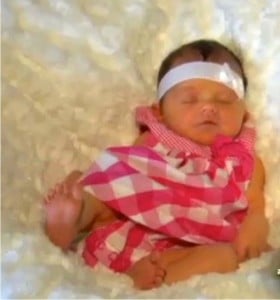 It is said history repeats itself. But that a historical moment can comeback in such surprising way was not what one Yorkville family expected. Three decades after her dad was born in a mall parking lot, baby Hannah Grace Mary Pavlik was born in a parking lot of a gas station in Oswego on Saturday!

Five-day-old Hannah gave everyone a surprise by coming 10 days earlier that her scheduled due date. But what made her birth really noteworthy was that she planned to arrive in exactly the same way that her dad had been born 33 years earlier.

Frank Pavlik was born in a mall parking lot in Joliet.

“It didn’t really hit me until things settled down at the hospital,” said the father. “I guess Hannah’s sort of got my gene.”

His wife Erica called him late Friday evening when she thought she started getting labor pains. Frank works nights, but Erica was not worried because during her two previous deliveries she had gone through 10 hours of labour before giving birth to her sons.

The two agreed that Erica’s mom would drive her to the hospital while her sister looked after the boys. But five minutes into the drive Frank received another call.

“My mother-in-law called me and said, ‘We’re at Route 34 and Orchard. If you want to see your baby being born, you better get out there right now,'” he said. 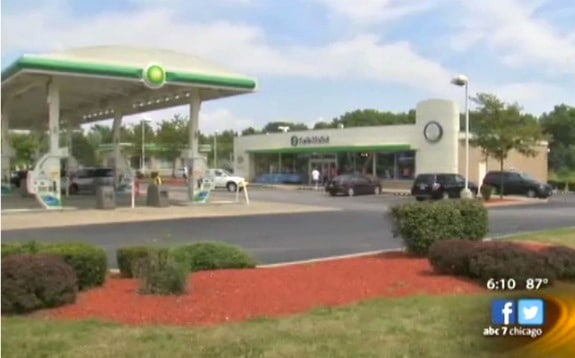 The two women also called 911 and soon an Oswego police officer was on the scene to help Erica deliver her baby girl. She was 20 inches long weighing 6 pound, 3 ounce.

Frank arrived just in time to see his beautiful daughter and ride with her in the ambulance taking the mom and newborn to a nearby hospital. 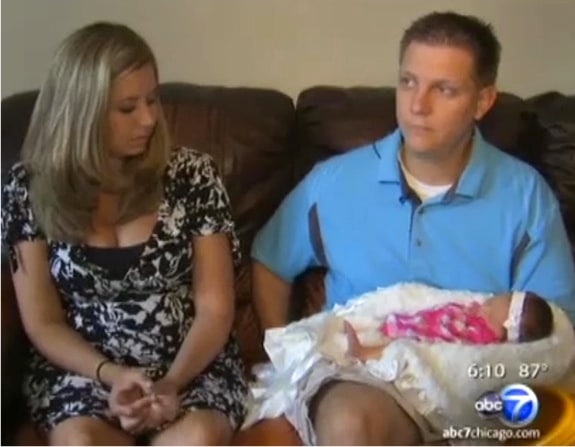 It was only at the hospital that the father realised the coincidence of birth of his daughter and himself. It was 18 August 1980 when his parents on their way to the hospital had to stop at the Joliet parking lot when their son just could not wait to enter the world. Frank still has a local newspaper’s worn copy that gave account of his birth.

The proud father says he feels he has a special connection with his little princess.

“I figure when she gets older, since we’re both born in parking lots, we’re going to have to go to a Sox game and tailgate for our birthdays,” he said.