In vitro fertilization (IVF) has helped millions of women conceive and give birth. However, there are studies that have indicated there are additional risks involved, including a higher risk of miscarriage and preterm birth. Now, a new study – said to be the largest of its kind – has been added to the previous ones, and it’s found some other risks that women considering any type of fertility assistance should be aware of. 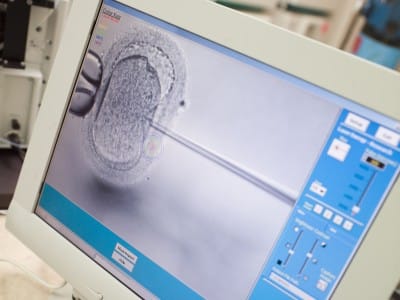 The scientific analysis of more than 300,000 births Australian birth records from 1986 to 2002 revealed that women who conceived with the help of any type of fertility treatment (artificial insemination, IVF, fertility drugs, etc.) were twice as more likely to suffer a stillbirth, have a very underweight baby, or a child that died within the first month than those that had conceived naturally. For those that had conceived with IVF alone, the risk was five times that of naturally conceived babies.

But the biggest risk of all was for women that had undergone fertility treatment but had conceived naturally, the researchers said. They believe that this may be due to the fact that many of these women had not visited a fertility clinic for treatment. Researchers said it was possible that these women had received fertility-boosting drugs from their GP or off the internet during a desperate attempt to conceive a baby. They could have been taking more than the recommended dose, and they may not have even been able to conceive with the help of conventional fertility treatments, the researchers added.

But for other women – those who had visited a clinic for their treatments, it’s unclear as to whether the complications were present because of the drugs, the IVF process itself, or because of the exact reason that the women had needed to seek out fertility treatments in the first place.

Lead researcher Professor Michael Davies believes it could be the result of starting life in a lab dish, rather than in the womb. He also added that the powerful drugs used to excrete extra eggs in fertility treatments may be causing a “hormonal hang-over,” affecting the womb and placenta after implantation.

Professor Davies says he is particularly concerned that, at the present time, there is no way to track the long-term health of infants who are born through IVF. He warned that there truly is an “urgent need” to find a way to start doing so, especially with so many infants now being conceived each year using fertility treatment options.

“It is appropriate that we are informed of the risks associated with the therapy and the source of that risk, so we can make informed decisions,” Davies told Daily Mail UK.

But Dr. Dagan Wells, an Oxford University fertility expert doesn’t believe that the information from this study will have much of an impact on fertility treatments. If anything, it will be another angle to look at in future studies that involve further reducing the risks of IVF.

“Although this study suggests the risk of some adverse outcomes is higher in pregnancies conceived using IVF, the overall risk of these problems remains low,” Wells said. “As such, I doubt that these findings will deter many infertile couples from using IVF.”