Home » Jackson Theron Strolls in Paris With His Grandma

Gerda Theron was photographed spending some quality time with her new grandson, Jackson while out in Paris, France on Wednesday(March 9). 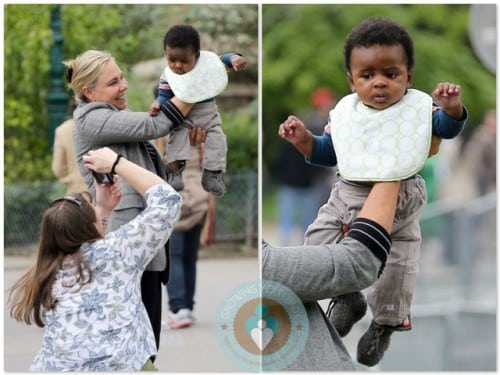 The proud grandma, who is mom to actress Charlize Theron, took photos of the baby while accompanied by a nanny and bodyguard.

In March Charlize revealed she had become a mom through adoption.  On Monday we got our first look at the little cutie as he made his way through Charles De Gaulle airport with the actress.

In town to promote Charlize’s new movie “Snow White and the Huntsman”, Gerda kept Jackson busy showing him the sights.