Home » Jane Krakowski Disguises Her Bump In A Dog Costume!

The producers of the NBC hit show 30 Rock have found a creative way to conceal the Jane Krakowski‘s pregnancy from the cameras. 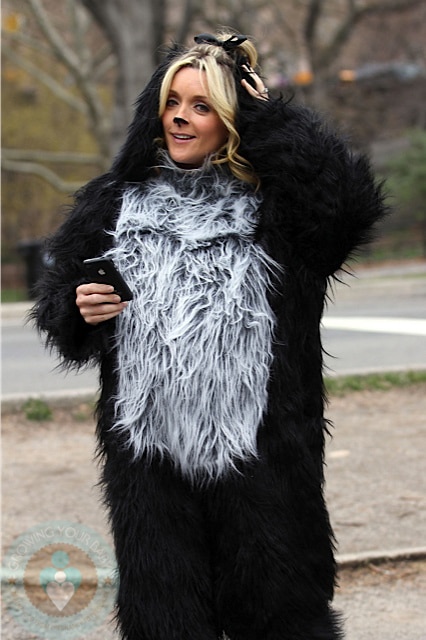 Yesterday the actress was spotted along with fellow castmate Tina Fey filming in Central Park while dressed in a dog suit.

Back in January, Jane revealed that her pregnancy would not be written into the show.

“No one thinks Jenna would be a fit mother,” the actress told E!’s Ryan Seacrest on the red carpet at the Golden Globes.

“Her character would be the worst mother in the world. I think the state would come to the show and take her fake baby away.”

Jane and boyfriend Robert Godley expect the baby, their first, next month!