Jane Krakowski was photographed at the airport yesterday with her son Bennett heading back to New York City after a weekend in LA for the SAG awards. 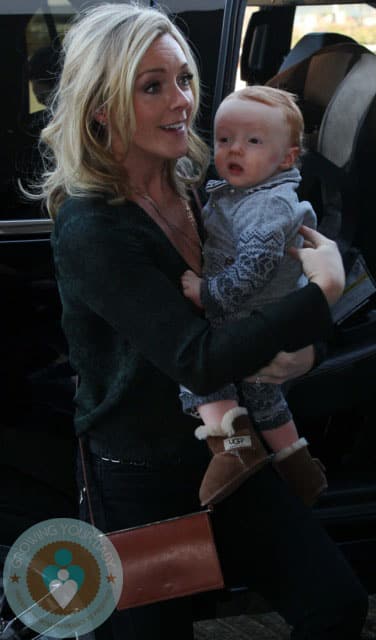 The 30 Rock actress, who was nominated along with the rest of the cast,  in the ‘Outstanding Performance by an Ensemble in a Comedy Series’ category rocked the red carpet on Sunday night in an Antonio Berardi dress with a creme bustier cut out. 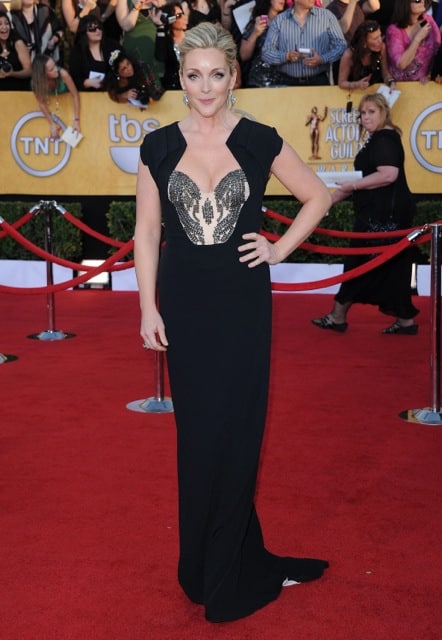 Dressed less formally, Jane toted her little guy from the SUV into the airport in a Maclaren Techno XT stroller.