Home » Jason Hoppy Does The School Run With Daughter Bryn

Jason Hoppy and his daughter Bryn bundled up for the chilly trek through NYC to school on Friday. 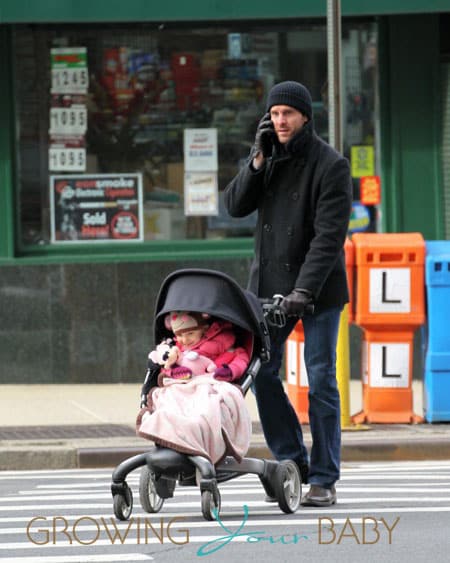 Brynn looked comfy in her Origami stroller, covered in a soft blanket, a monkey hat and her stuffed Minnie Mouse.  Always stylish, she wore Appaman’s puffy jacket and a pair of pink ‘Classic Glitter’ UGGs.

Jason chatted on his phone for a few minutes while cringing over the bitter cold weather. 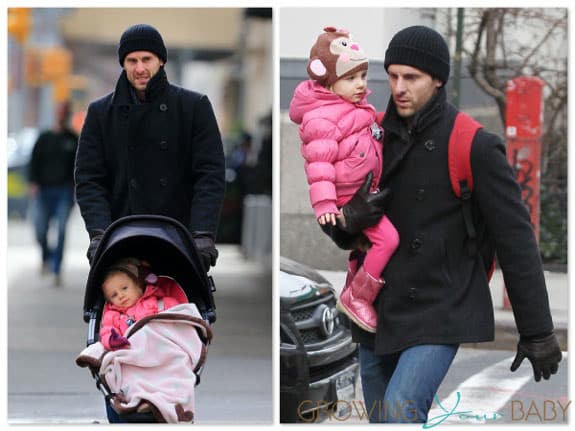 In the middle of a divorce with wife Bethenny Frankel,  it was reported by TMZ that Jason counter filed divorce papers on Friday morning that request many of the benefits Bethenny has asked for from him.

On January 7th Bethenny filed divorce papers asking for Jason to pay Child support (retroactive from the date she filed for divorce), Medical, dental, optical, therapeutic, and orthodontic expenses for her and Bryn and for life insurance that makes both her and Bryn the beneficiaries.  Bethenny has also asked for sole custody of Bryn and for the five million dollar family home, which they purchased in 2011 and just underwent a multimillion dollar renovation. 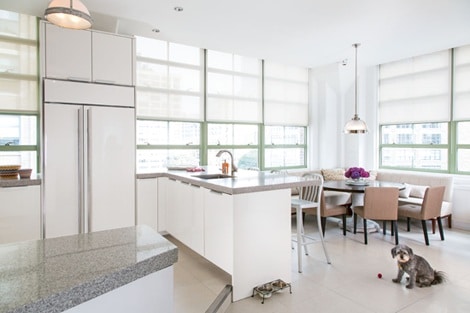 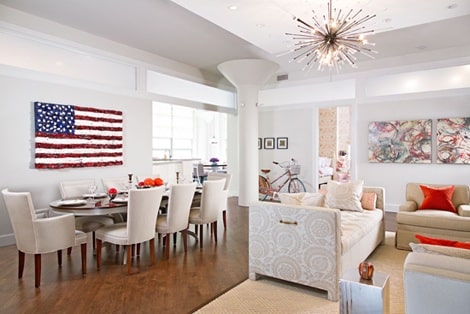 Jason’s petition asks for primary custody of Bryn, as well as child support and medical and dental expenses.  He is also seeking ‘exclusive use and occupancy’ of the couple’s marital residence.(Images above from Traditional Home)

The case is now in the hands of a judge.  For now, Jason is staying at the family home, while Bethenny has been photographed spending time at Warren Lichtenstein’s Upper West Side residence.

Looking for the split to happen quickly and discreetly, Bethenny has hired Allan E. Mayefsky(Katie Holmes’ lawyer) to handle her separation.