Jennifer Garner and her estranged husband, Ben Affleck were photographed arriving on the Eurostar in London with their kids on Sunday(May 8th, 2015). 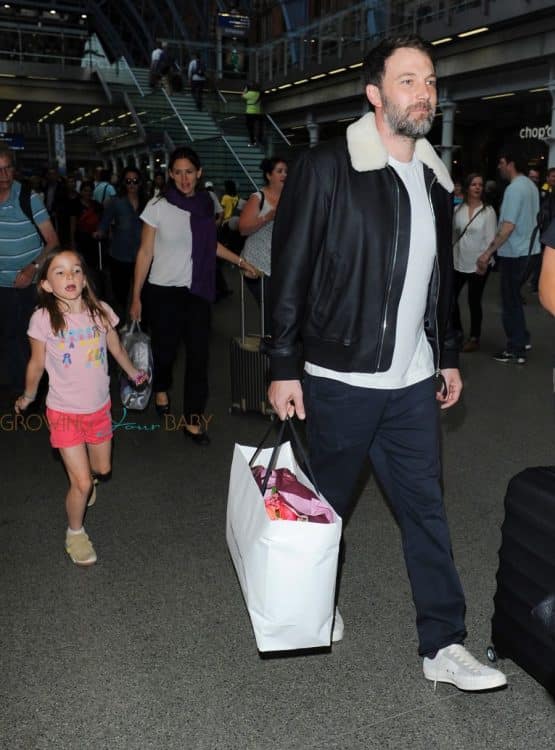 No star treatment here!  The actress pushed a gold hard cased suitcase, while Ben carried a shopping bag through the terminal. 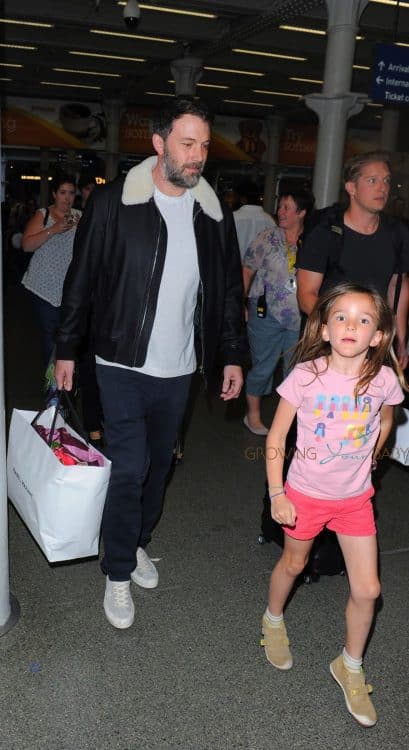 Earlier in the day Jennifer was spotted visiting the Eiffel Tower with her 3 kids. 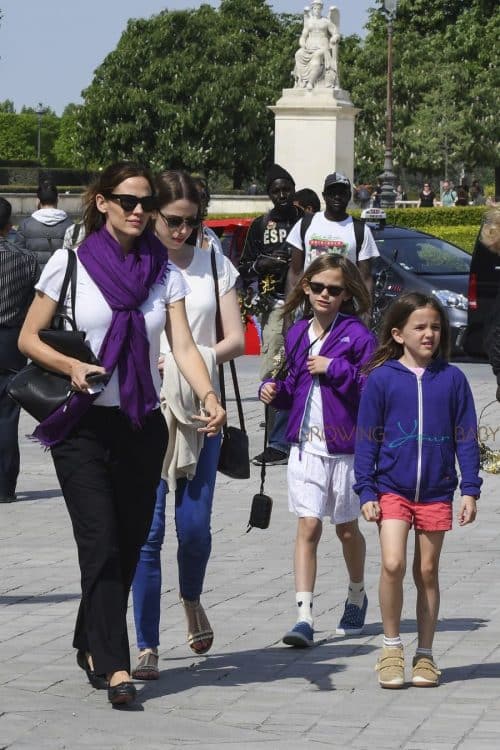 The sighting comes just a couple days after Ben and Jen were spotted getting affectionate during a dinner in Paris.

A source told People.com the pair dined at Le Petit Marché restaurant in the Place des Vosges in Paris with their three children, Violet, 10, Seraphina, 7, and Samuel, 4, on Friday evening.

“At first they were alone and appeared to be affectionate, then were joined by the kids,” a source revealed.

But don’t get your hopes up for a reconciliation.  Despite the fact that the pair has yet to file divorce papers, “Nothing has changed,” and they’re “still all about putting the kids first,” another insider told People.

The Afflecks are currently spending time in London while Ben films his latest project, Justice League.