Not slowing down as she gets closer to her due date, Jennifer Garner picked her daughter Violet up from ballet class while carrying her youngest Seraphina. 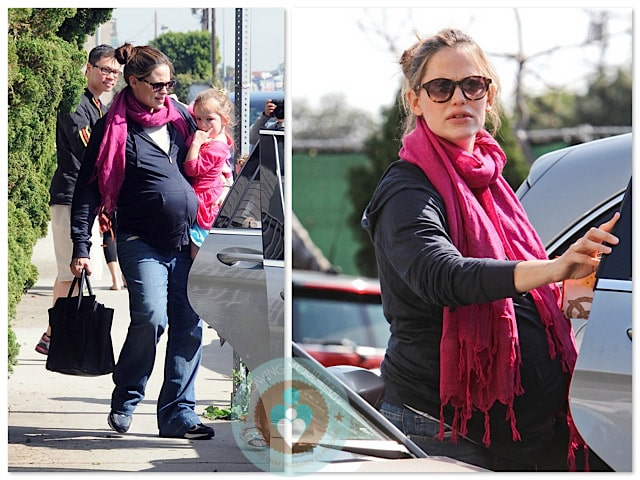 The actress, who is due with her third child very soon, told Eonline that her girls have been hard at work trying to find the perfect name for their new brother or sister.

‘Our girls are working on names. At first they were definitely Disney. It was like, Donald Duck, Minnie Mouse Affleck. And then they’ve moved on. Then it was Peter Pan, Captain Hook, Smee. They’re coming up with lists and coming in and saying, ‘Let’s have a baby-naming contest! Let’s have a baby-naming poll! They ask everyone, because they just want to know. But we’re not telling.’

Jennifer wore her signature scarf with a pair of jeans and a hoodie.  Seraphina matched her mom in a pink dress and blue leggings.  Violet was cute in a pink ballet bodysuit and a tulle tutu!