The Duggar family is growing again!  Just 5 months after saying ‘I do’, Jessa, 22 and Ben Seewald, 19 are expecting their first child together. The pair who began courting in September, 2013 and married this past November, shared the exciting news with People.com. 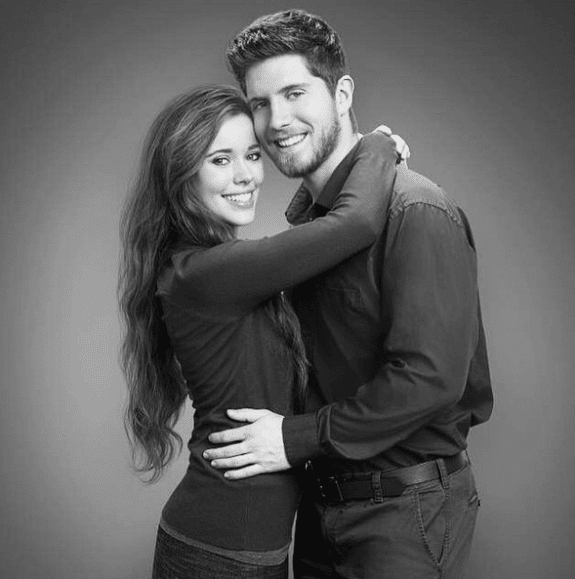 “We’re expecting!” Jessa, told the magazine. “We are so excited. The due date is November first, our wedding anniversary.”

Ben added that they “are looking forward to being parents.”

The mom-to-be says she’ feeling pretty good.  “The morning sickness was different every day. It’s getting better, but I’m still hanging on to the heartburn. And I don’t have any super-serious food cravings.”

The couple learned the exciting news one Sunday morning when Jessa took pregnancy test before church.

“I said, ‘Hey Ben, guess what? Yeah, you’re a dad.’ We couldn’t believe it,” Jessa says. “We are so excited. We have started talking baby names. It is one of those things that is so special, picking a name for a baby.”

In the past Ben and Jessa have spoken openly about adopting a child. Those plans, they say, haven’t changed just because they are expecting a child.

“Our hearts haven’t changed on adoption,” Jessa says. (The agency the couple has contacted requires prospective parents to be married for two years before adopting.) “We are still making plans.”

The news of the baby comes just a couple weeks after sister Jill welcomed her first child, a boy, with husband Derick. Her brother Josh is next up! He and wife Anna will expand their family to six, when baby number four arrives this Summer!