Home » Study: Kids with ADHD Need to Squirm to Learn

“Sit still!” It seems like the most commonly used words when talking to a child with ADHD. We even use medications to calm their fidgeting, chair scooting, foot-tapping, and leg-swinging movements. But a new study suggests that attempting to suppress their movements might actually hinder their ability to learn. 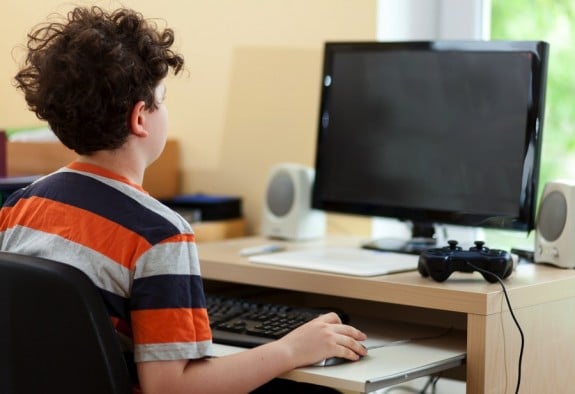 Published in an early online release of the Journal of Abnormal Child Psychology, the study looked at 52 boys between the ages of 8 and 12. Twenty-nine of them had been diagnosed with ADHD and 23 had no clinical disorders and showed normal cognitive development.

All of the children were asked to perform a series of standardized tests that were designed to gauge their “working memory,” or the system that temporarily stores and manages information needed to complete cognitive tasks such as learning, comprehension, and reasoning. These testes included a series of jumbled numbers and a letter that flashed over a computer screen. The children were then asked to put the numbers in order, followed by the letter. Children were recorded by a high-speed camera while observers recorded their movements and gauged their level of engagement with the tasks during the tests.

Max Rapport, head of the Children’s Learning Clinic at the University of Central Florida, and one of the authors on the study, has done previous research that suggests the excessive movement typically found in hyperactive children is not ever-present as previously thought, but apparent only when they need to use brain’s executive function, particularly their working memory.

This study went one step further, actually proving that the movement does improve their working memory and cognitive function.

“What we’ve found is that, when they’re moving the most, the majority of them perform better,” Rapport said. “They have to move to maintain alertness.”

And yet, in children that did not have ADHD, movement actually caused them to perform worse during the testing.

“The typical interventions target reducing hyperactivity. It’s exactly the opposite of what we should be doing for a majority of children with ADHD,” Rapport told Medical News Today. “The message isn’t ‘Let them run around the room,’ but you need to be able to facilitate their movements so they can maintain the level of alertness necessary for cognitive activities.”