Jessa Duggar Seewald is back at home with her husband Ben and their new bundle of joy, a 9 lb. 11 oz. son Spurgeon Elliot Seewald. This first-time mom was due to deliver on November 1 – which by coincidence was the date of her first wedding anniversary, but it didn’t work out that way. 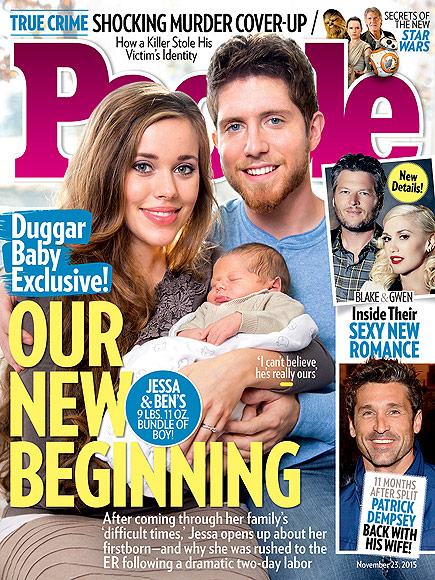 Jessa told People magazine that she and Ben had decided on an all-natural home birth, but when she went into labor the delivery was far different than either of them had imagined. Now that it’s over, she’s able to laugh, saying, “Everything was different than I had expected. It was very intense, and very long. Labor is hard.”

Her 10 hours of contractions nearly caused her to change the plan. With her midwife, mother Michelle, and sisters at her side she struggled through those long labor hours, at one point saying she’d changed her mind and wanted to go to the hospital for an epidural to relieve the pain. But she fought through it because, she says, she “wanted it to be all-natural if possible.” Her labor lasted 48 hours before her son finally arrived at 6:54 am on November 5.

Ben admits that seeing his wife in such pain, especially during the early stages of labor was difficult. “I was trying to keep it positive even when there were those times when she didn’t think she could do it.”

The young couple’s relief and joy when their son was born was quickly interrupted by a very scary moment. Jessa began bleeding so heavily that the midwife was concerned. Mom Michelle Duggar was the calm presence in that storm, immediately calling 911. Still alert and awake, 23-year-old Jessa was taken by ambulance to the hospital where she was given a blood transfusion and kept overnight.

Jessa says that going to the hospital was a shock, interrupting the post-birth moments she had daydreamed about, especially being able to breastfeed her baby right away.

Now this happy – and healthy – family of three is busy adjusting to the new routines in their Springdale, Arkansas home. 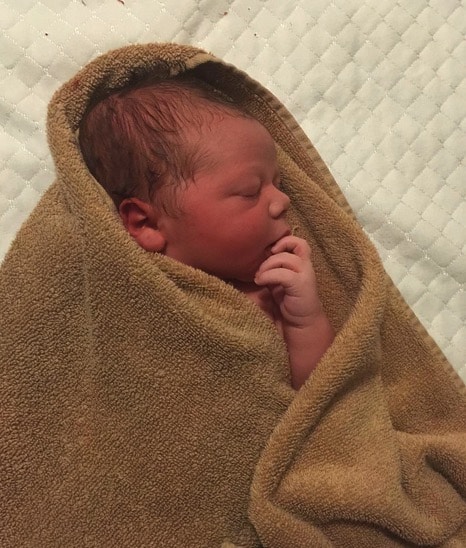 Jessa told People.com the baby is named after Charles Spurgeon, a British preacher who lived from 1834-1892. His middle name, Elliot, was given to him in honor of late missionaries Jim and Elisabeth Elliot, who worked in South America. 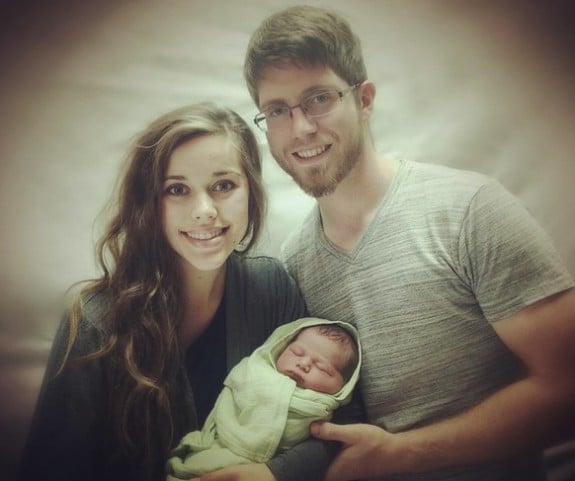 “We want to give him a strong name, with a lot of meaning,” Jessa explained, adding that she favored names “of heroes from the Christian faith.”

“He is going to have this name for the rest of his life,” Ben added.