All smiles, Jessica Simpson arrived at LAX airport with husband Eric Johnson just minutes after revealing she was expecting the couple’s third child on Tuesday, September 18, 2018. 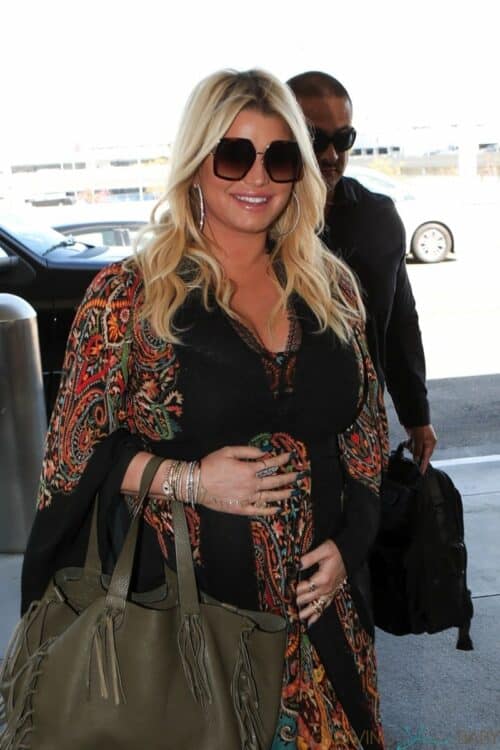 A few hours later the singer and former quarterback landed at JFK in New York. 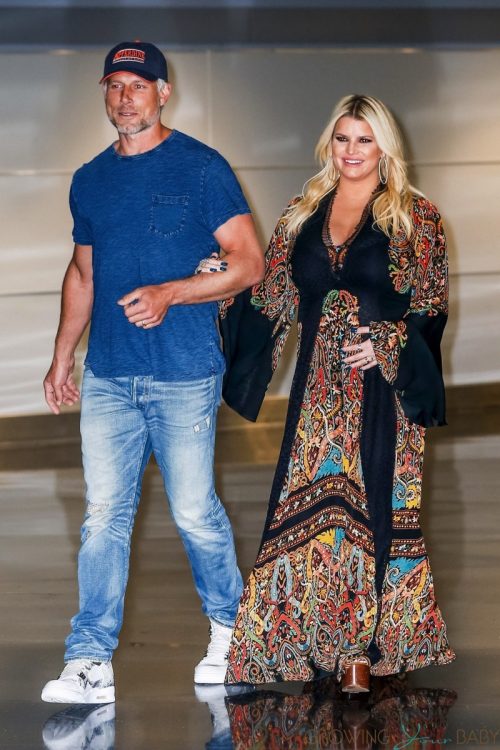 The mother of two showed off her growing belly through a printed, maxi dress. 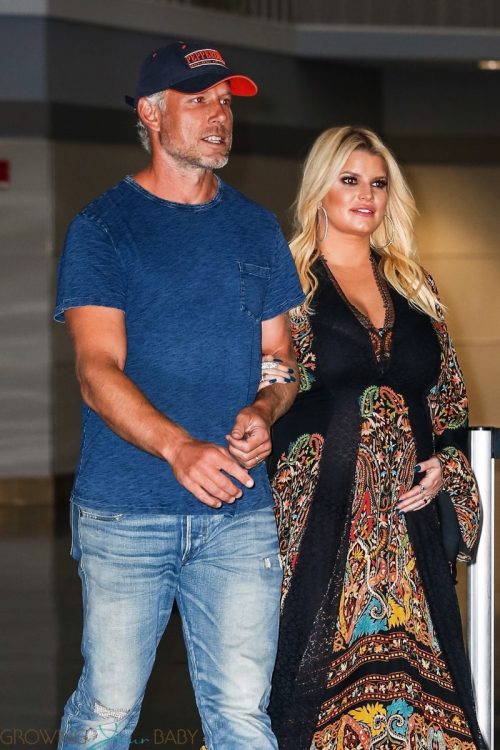 Before heading to the airport Jessica posted a series of photos that announced she was expecting her third child.

Her older kids Maxwell and Ace revealed they were getting a sister.

This little baby girl will make us a family of five. We couldn’t be happier to announce this precious blessing of life.

In April, Jessica told Entertainment Tonight that she and Eric “didn’t really know” if they’d like to have a third.

“We always practice,” She joked. “But it would definitely have to be a miracle.”

Welll… Never say never because all that practicing has worked!

Congratulation to the couple.