New parents John Legend and Chrissy Teigen enjoyed a day of sight-seeing in Saint-Tropez with their daughter Luna on Monday July 25, 2016. 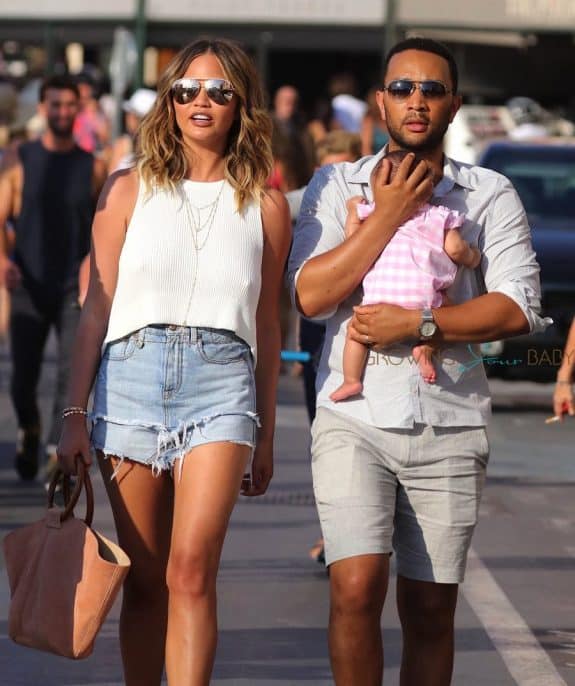 No strollers or baby carriers needed for this dad. John cradled a sleepy Luna in his arms as the couple strolled through the city. 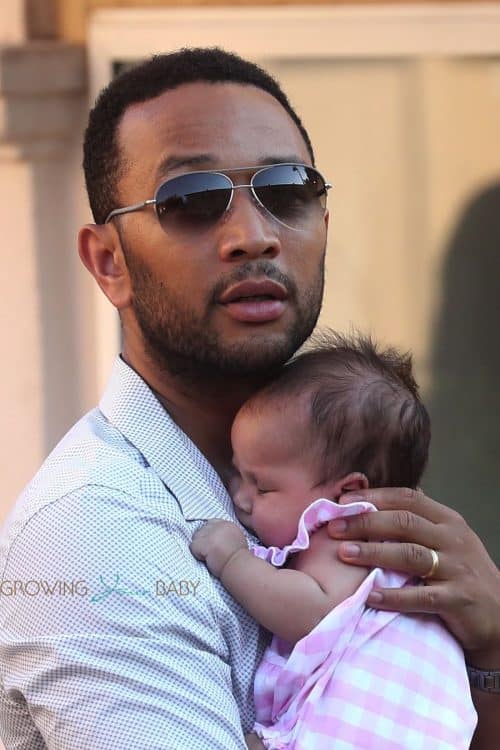 Chrissy was casual chic in a pair of cut off jean short, knitted tank and Yeezy heels as she snacked on a vanilla ice cream cone. 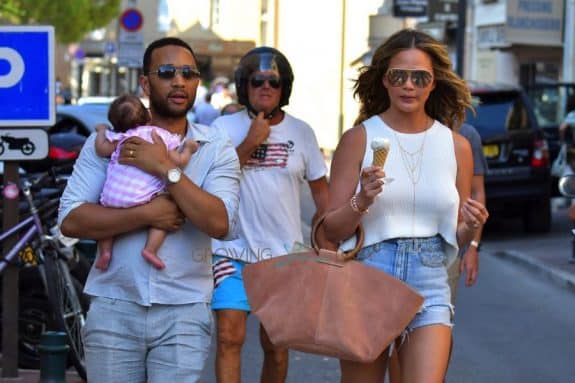 This is Luna’s first vacation and the couple has really made it quite the tour.  Last week the family visited Lugano and Lake Cuomo, Italy where John and Chrissy were married.  After touring Milan they’ve circled back to France.