John Travolta and Kelly Preston were spotted leaving the George V hotel in Paris with their son 22-month-old son Benjamin on Wednesday afternoon. 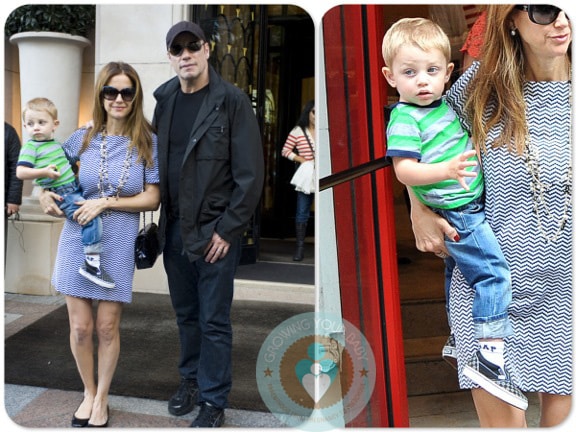 The couple stopped and posed for pictures before heading out to have lunch at with their daughter Ella. 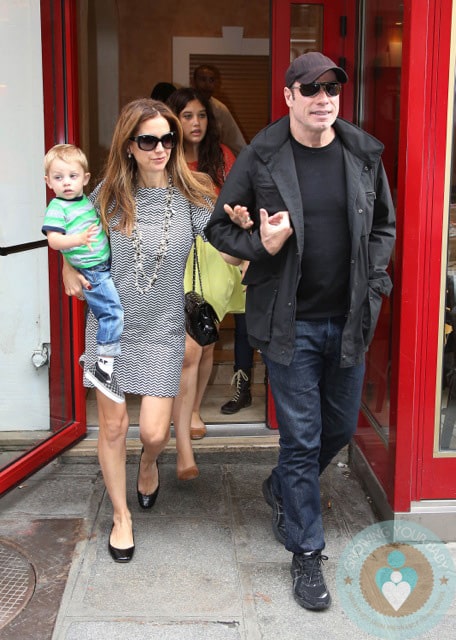 Rumorfix reported a couple weeks ago that John and Kelly in the city of love to celebrate the actress’ 50th birthday.  John reportedly flew out a group of their friends, who are also staying at the Swanky George V hotel.

The celebration begins Saturday, September 8 and goes on until Wednesday, September 12. Female guests are packing fancy gowns because they’ve been told they will be attending a series of birthday parties in the City of Light.

Kelly doesn’t turn 50 until October 13, but who doesn’t like an early celebration – with friends in PARIS?