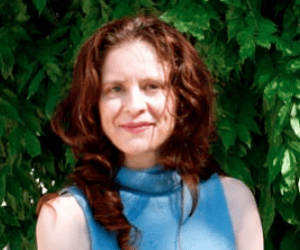 Adrienne Pine, anthropology professor at American University, started her day like many other working mothers. But while preparing to head off to her first “Sex, Gender & Culture” class of the year, she found her daughter had a fever. Now faced with a dilemma; she had first-day-responsibilities, a sick baby, and no viable child care options. So, the single mother carted her baby along to class.

According to Pine, her daughter crawled around on the floor of the lecture hall. She removed a paper clip from the baby’s mouth at one point and redirected her away from an electrical outlet during another. A teaching assistant helped out by rocking and holding the baby at times, but Pine says she had stressed that the help was unnecessary. Eventually, the ill baby grew restless at the 75-minute lecture. To console the fussy infant, Pine put the baby to breast and continued lecturing her 40 students.

Now, Pine is facing a lot of criticism, not just from her students, but also fellow faculty members and university officials. Many are concerned about her decision to bring her sick daughter to class. Most are calling her decision to breastfeed in front of her students “unprofessional.” And because of the level of activity on campus after her decisions, university officials are being forced to consider what the ground rules are regarding parents with child-care dilemmas like this one.

“Every working parent can empathize with facing the choice of an important day at work when a child gets sick,” university officials said in a statement on Tuesday. “Both demand your focus and attention. There is no easy or ideal alternative.”

While university officials say they understand that this is a common dilemma faced by parents with multiple responsibilities, they are concerned that Pine created a health issue by bringing a sick baby to work. They stressed that faculty members have the ability to take advantage of options like sick leave.

“For the sake of the child and the public health of the campus community, when faced with the challenge of caring for a sick child in the case where backup childcare is not available, a faculty member should take earned leave and arrange for someone else to cover the class, not bring a sick child into the classroom,” spokeswoman Camille Lepre said in an email.

The university also said they follow federal and D.C. laws for nursing mothers and that there are specific areas for breastfeeding mothers to express milk so that nursing mothers can “maintain a focus on professional responsibilities in the classroom.”

For students, the concern isn’t whether or not Pine created a health issue; their view is regarding Pine’s decision to breastfeed in front of her class.

Jake Carias, an 18-year-old sophomore from New York, was sitting in Pine’s class that day. He says he was sympathetic to Pine’s plight, and that he was perfectly fine with the infant being present in class.

“I wasn’t too distracted initially,” he said. “We’re college students, things go on all the time. Whatever. We’ll survive.”

But when Pine decided to nurse in front of her class, Jake says she crossed a line.

“I found it unprofessional. I was kind of appalled,” he said.

Jake was so disturbed by the situation that he tweeted about the experience, made a Facebook post, and then dropped Pine’s class.

Jenna Wasserman, 18, a freshman from New Jersey, says that she’s heard two different opinions from the student body. While some say that breastfeeding “is very much natural,” many are saying that doing so in class is “kind of unprofessional.” Wasserman says she identifies with the latter.

“There were different alternatives,” she said.

Leyla de Avila, 18, a freshman from California, says that she sympathizes with the child-care emergency, but that breastfeeding in class took things too far.

“I understand she could bring her baby to class,” Leyla said. “Just don’t breastfeed in class.”

After being interviewed by a student newspaper reporter, Pine suspected that her decision would make headlines, so she attempted to frame the discussion with an online essay entitled, “The Dialectics of Breastfeeding on Campus: Exposing My Breasts on the Internet.”

In that essay, Pine wrote that she was “So here’s the story, internet: I fed my sick baby during feminist anthropology class without disrupting the lecture so as to not have to cancel the first day of class. I doubt anyone saw my nipple, because I’m pretty good at covering it. But if they did, they now know that I too, a university professor, like them, have nipples. Or at least that I have one,” Pine wrote in her essay.

She also stated that she was “shocked and annoyed that this would be considered newsworthy,” and that her workplace suddenly became “a hostile environment.” She salso said that the student reporter’s question implied an “anti-woman” view.

No article has been published by the student newspaper, and it is unclear as to whether or not one will be published in the paper’s next edition. Unfortunately, that hasn’t stopped the university from saying that Pine’s essay “does not reflect professional conduct.” The issue, they say, is that Pine made sharply critical characterizations of the reporter.

But not everyone is against Pine. Some faculty members have pointed out that it’s not unheard of for a professor to nurse in the classroom. In fact, there is one professor who says she breastfed two of her children during AU research seminars after asking permission from the students present in those classes. She says that Pine’s response in her parenting crisis could provide a teachable moment to the students.

“Why don’t we use this as an opportunity to have a discussion about how one can actually be an embodied person in the classroom?” Findlay said, adding that this episode challenges the perception that faculty members are nothing more than “walking brains – that we don’t have lives and we don’t have bodies.”

The buzz online is similar; while there are those that say her decision was unprofessional. Others are saying that the focus shouldn’t be on her decision to breastfeed in class, but on how to better help parents when faced with difficult parenting decisions. What’s your take on the controversial topic?