Previous studies have shown that children born via Assisted Reproduction Technologies (ART) are at a higher risk for a number of complications, including premature birth, low birth weight, stillbirth, and mortality within the first year of life. However, new findings suggest there has been a significant improvement in the overall health of these same babies over the last two decades, particularly for ART singletons. 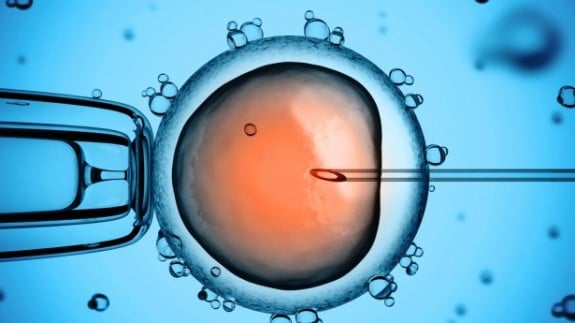 In the largest study to date to investigate the health of ART babies over time, researchers gathered and analyzed data on more than 92,000 children in Denmark, Finland, Norway, and Sweden born between 1988 and 2007. Of those children, 62,379 were singleton births, and 29,758 were twins.

During that time, the rate of preterm singleton babies went from 13% in 1988 to just 8% in 1992. In addition, the ratio of very preterm births among ART babies when compared to the control group improved, going from 1.5% to less than 1%. The rates of ART singletons born small for gestational age also improved, falling from 7.6% to 3.2%, as did the rate of stillbirths, falling from 0.6% to 0.3%.

Improvements were also seen among ART conceived twins. The rate of preterm and very preterm ART twins improved from 50% to 47%. The ratio of preterm and very pre-term ART twins compared to the control group also improved during that time, going from 8.5% versus 7% for preterm twins and 8.6% to 8% for very preterm twins. Small for gestational age twins fell from 17% to 14% during that same time period, as did the number of stillbirths which fell from 1% to 0.5%.

“During the 20-year period of our study, we observed a remarkable decline in the risk of being born preterm or very preterm,” Dr. Anna-Karina Aaris Henningsen, from the Fertility Clinic at the Rigshospitalet, University of Copenhagen, Denmark, told Science Daily. “The proportion of single ART babies born with a low or very low birth weight—less than 2,500g or 1,500g, respectively—also decreased. The rates for stillbirths and death during the first year declined among both singletons and twins, and fewer ART twins were stillborn or died during the first year compared with spontaneously conceived twins.”

According to the researchers, improved technology and skills of ART labs and professionals are thought to be a big reason for the outcome improvements over the last two decades. Better medications to help with ovary stimulation are also said to play a role in the improvement of babies born via ART.

“We have improved both the technical skills in the laboratory and the clinical skills of the doctors and also perform milder ovarian stimulation,” Henningsen said. “In addition, the culture media in which the embryos are first developed in the laboratory have improved in quality, as have the hormonal medications used to help women produce a sufficient number of high quality eggs at the right time.”

But there may be another surprising factor that is helping to improve the health of babies born via ART, particularly singletons: the transfer of fewer embryos to achieve fertility success.

“Transferring several embryos in one cycle, even if it results in only a single baby, can still have a negative impact on the overall neonatal outcomes of singletons,” Henningsen said. “These findings show convincingly that, while there has been a considerable increase in assisted reproduction cycles over the past 20 years, this has been accompanied by a significant improvement in health outcomes for these babies, particularly for singleton babies. The most important reason is the dramatic decline in multiple births due to policies of choosing to transfer only one embryo at a time.”