Home » Kate Hudson Arrives In NYC With Her Boys

Kate Hudson and her boys Ryder Robinson and Bingham Bellamy were photographed arriving in New York City at JFK airport on Saturday. 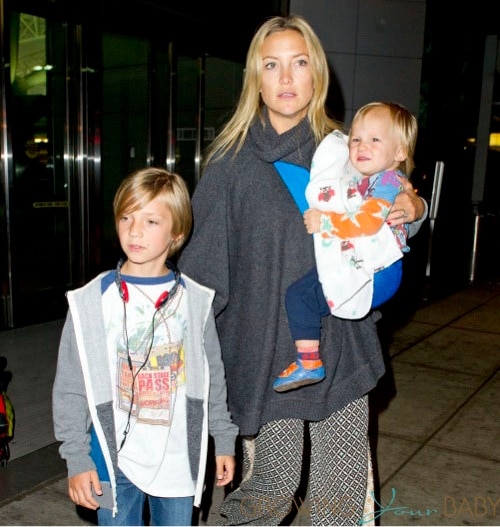 With Bing on her hip and Ryder by her side, the actress made her way through the airport. 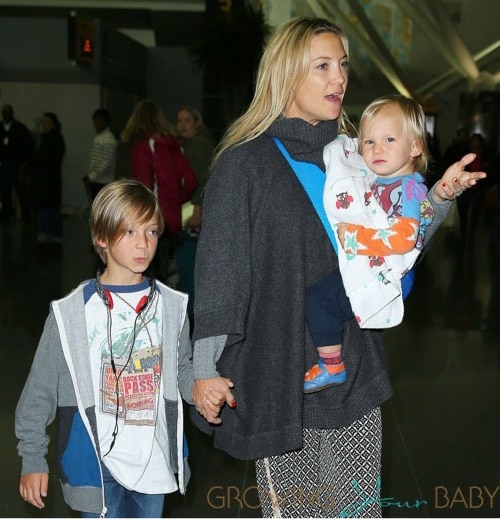 The family is in town ahead of Kate’s partner, Matt Bellamy’s double gig at Madison Square Gardens. The Muse frontman will likely stay with Kate in the boys through the weekend as his third date is in New Jersey. On April 23rd the band will head to Canada where they will finish off the North American leg of their tour in Quebec.

Kate recently revealed that she is more focused on her family life than her acting career at this stage.

“If someone says it’s a three-month shoot, I get a little shy because of Ryder in third grade and Bing being 19 months,” she said.

“It’s so much to juggle, so I’ve been doing films that are a little less time [consuming]. I’m more specific about what they are and I don’t want to do work that will take me away from my kids, so I have to really love it.”