Kim Kardashian was gorgeous in a red belly hugging dress while promoting her new perfume at the Kardashian Khaos Store at the Mirage Hotel & Casino in Las Vegas. 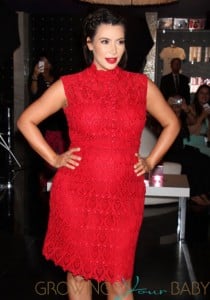 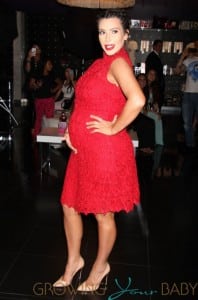 Earlier in the day she was spotted arriving in Vegas in a satin camisole, jeans and a blazer. 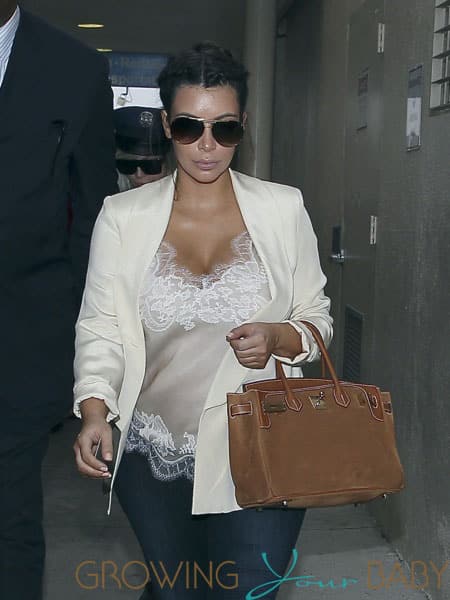 During her pregnancy the reality star has struggled to stay fashionable while dressing her changing body.  I like both of these looks for her and hope she is starting to find her stride.

The trip comes just one day after Kim made an appearance in court to settle her divorce to Kris Humphries. Negotiations, however, were delayed again after Kris failed to show up.

The pair, who were famously married for 72 days, have been locked on how to proceed with their separation for more than a year. The issue? She wants a divorce and he wants an annulment. A source revealed,

“Kris only wants an annulment. He never wanted to be married more than once and he feels like she cheated him out of the chance to have a real, loving marriage.”

They are scheduled to meet with the judge again on April 19.