Kate Gosselin and her crew continued her adventure down under yesterday with a trip to Steve Irwin’s Australia Zoo. 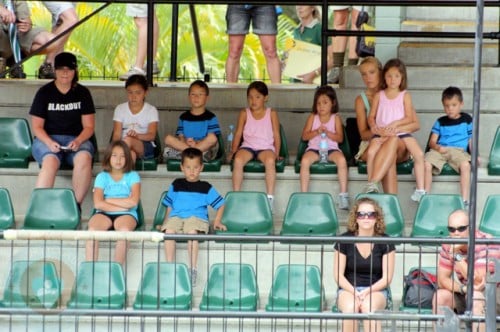 The cameras were rolling for her reality show “Kate Plus 8” while she watched Steve Irwin’s family perform a show in the “Crocoseum”. The reality star and family even got a chance to get close to Terri, Bindi, and Robert Irwin sitting next to them for a part of the show.

The Gosselins have been traveling quite a bit lately.  They recently visited Alaska and went camping with Sarah Palin.  The experience took Kate ‘out of her comfort zone’ ending with the reality mom collecting up her crew and heading home early.  Hopefully she will be nicer to Terri Irwin than she was to Sarah Palin.