The royal family gathered this morning for a traditional Easter Sunday Service at St George’s Chapel in Windsor.

Due very soon, Kate Middleton, the Duchess of Cambridge was pretty in a tailored brown coat by Catherine Walker and velour hat by Lock & Co. 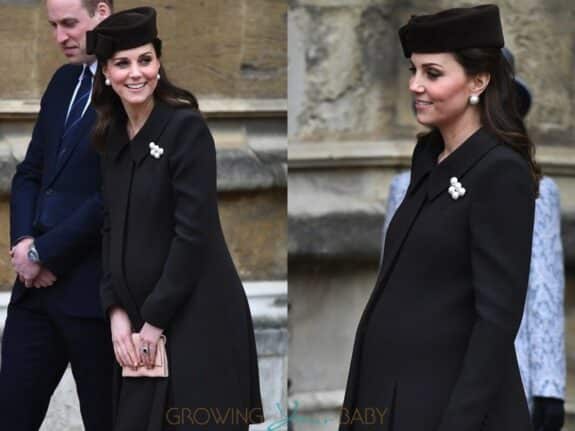 The Easter service is likely the last time we will see Kate out publically before she welcomes her third child. Last week she completed her final public engagement. Kate and William are believed to not know the sex of the baby. But it is known then child will be a Prince or Princess. 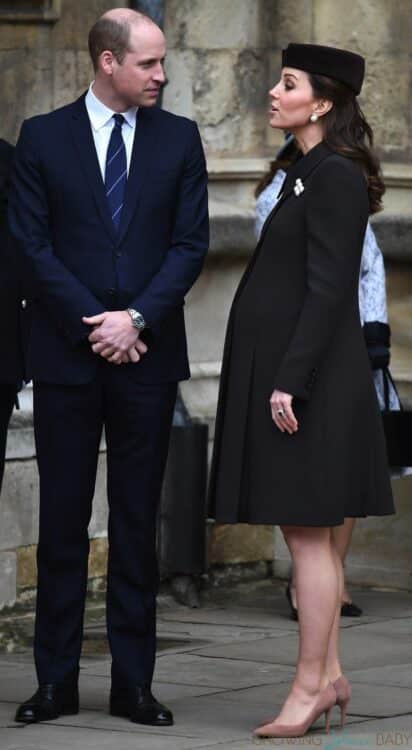 “Prior to the arrival of Princess Charlotte, the Queen issued a decree to ensure all of the Duke and Duchess of Cambridge’s children would receive Prince or Princess titles: “all the children of the eldest son of the Prince of Wales should have and enjoy the style, title and attribute of royal highness with the titular dignity of Prince or Princess prefixed to their Christian names or with such other titles of honour,” it stated. Should the decree have not been passed, then only George would have been named a Prince, while his siblings would been Lords and Ladies.”

The new baby will be 6th in line for the throne behind the Queen, Prince Charles, Prince William, Prince George, and Princess Charlotte. 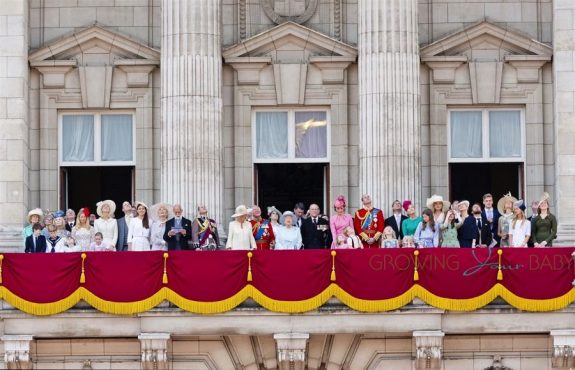 Zara Tindall was also in attendance showing off her growing belly in a blue Séraphine coat and hat by Jane Taylor. She expects her second child in coming weeks as well. 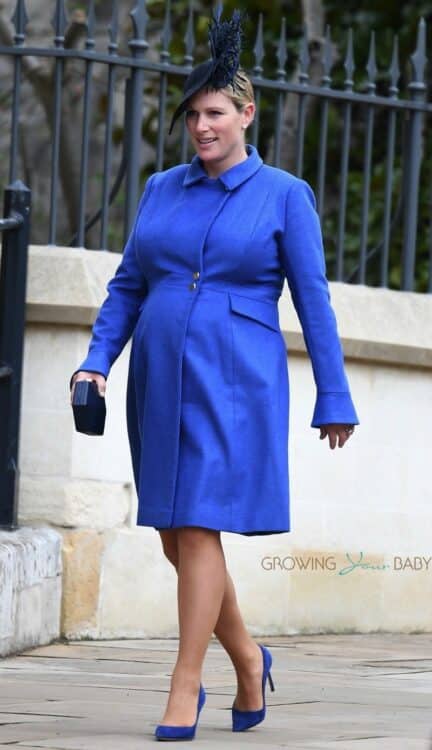