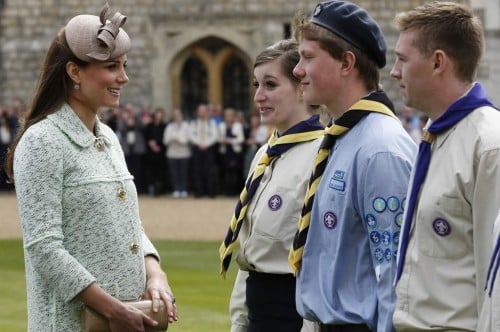 Kate looked stunning, as always. But her fashion preferences (a mint green Mulberry coat, brown Whiteley fascinator and nude LK Bennett heels) took a back seat to The Duchess’s swelling baby bump. And even though she held a small brown clutch around her belly, the evidence of her impending July due date couldn’t be hidden as she spoke with the scouts.

Scouts in attendance were recognized for their achievements in community service and a four-day expedition in an unknown terrain with the Queen’s Scout Award, the highest honor a scout can achieve. In previous years, Queen Elizabeth II honored the scouts, but this year, the Duchess chatted it up with the 16 to 25-year-old Brits. 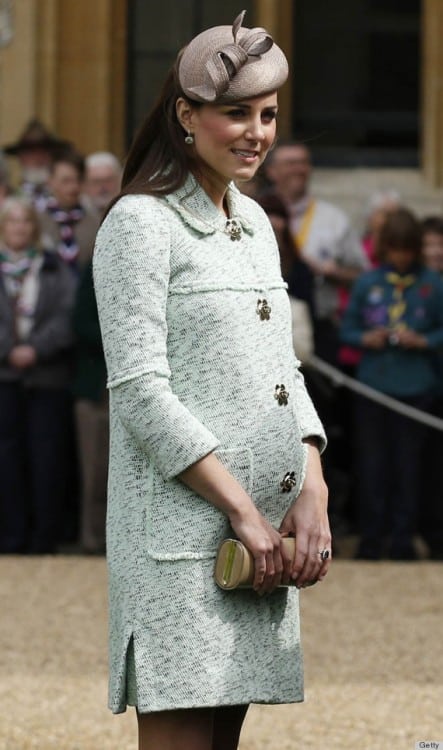 According to BBC News, more than 2,800 new adult volunteers have joined up since Kate’s joined as a volunteer. But there are still 37,867 young people on the waiting list due to the lack of volunteers.

Bear Grylls, who became the UK’s youngest Chief Scout, called the Duchess an “incredible role model” who is helping to show that scouting isn’t just for boys. Not only has she spent time volunteering and helping out a group close to her home in North Wales, she actually braved the cold, snowy weather to visit a scout camp in the Lake District to help out with an activity center.