Home » Katie Price Nominated For Celebrity Mom Of The Year 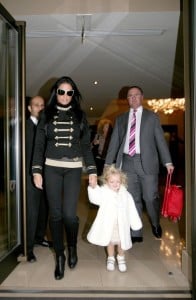 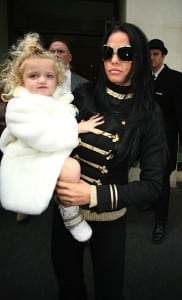 Even though Katie has recently captured headlines for the wrong reasons, she has made the shortlist for the Bounty Celebrity Mum of the Year.

She, along with 19 other UK celebrity mums from the world of pop, radio and TV who have been nominated for a range of reasons including; their ability to fight back in the face of adversity and tragedy, for balancing hectic public lives with the pressures of parenting as well as for shunning the public eye in favour of spending time with their family.

The winner will be announced on November 4th.

Princess Tiaamii is wearing a pair of Dirk Bikkembergs Boots.