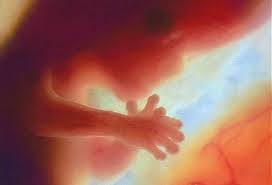 We’ve shared a lot of reports on the potentially negative effects of Bisphenol A (BPA). Now, a new study, has added yet another concerning side effect for babies that are exposed to the chemical while their mothers are still pregnant.

Led by Dr. Adam J. Spanier of the pediatrics department at the University of Maryland School of Medicine in Baltimore, the study looked at how the chemical, found in many plastics and aluminum products in the United States, affected possible wheezing in children when they were exposed while their mothers were pregnant. This is added to a studies that have suggested that exposure to BPA could increase the chances of a child developing asthma.

Researchers on the study began by testing the urine samples of nearly 400 expectant mothers in the Cincinnati, Ohio area during their 16th and 26th weeks of pregnancy. They then came back to the mothers after their children were born, asking every six months for the next five years if their children had any wheezing in their chest. At ages four and five, researchers also tested how much air the children could exhale during a forced breath and their urine was tested annually for BPA levels.

However, it should be noted that researchers are still working on an animal study that will further clarify the association between BPA and lung function, and Dr. Randall M. Goldblum, director of the Child Health Research Center Lab and Children’s Asthma Program at the University of Texas Medical Branch in Galveston, who was not involved in the study says that, while this study suggests a relationship between BPA exposure during pregnancy and wheezing, more research should be done.

“It is difficult to say if this is the cause, because the development of asthma is complex and included genetic predisposition as well as environmental exposures like the one documented,” Goldblum told Reuters Health by email. He also added that, if children get over their wheeze by age five, there is a good chance that it will not resurface later in life.

“Some children will have asthma and they will continue to have wheezing episodes,” Goldblum’s colleague, Dr. Terumi Midoro-Horiuti, added.

It is still enough of a concern, when added to other studies that have found negative effects surrounding BPA exposure, that Spanier still suggests that expectant women avoid BPA whenever possible.

“I would advise pregnant women (and women of childbearing age) to avoid BPA sources such as canned foods,” he said. “Unfortunately, the actions we take as consumers are limited, and ultimately, the resolution might be at a regulatory level to help minimize our exposures.”

Unfortunately, that is a bit of an issue, as of right now because, although BPA has been banned from many child products, like baby bottles, the FDA still says there is not enough evidence to impose a more widespread ban on the chemical.