Pretty in Pink! Eric Dane and Rebecca Gayheart were photographed out at the Farmer’s Market in Los Angeles on Sunday with their daughters Georgia and Billie. 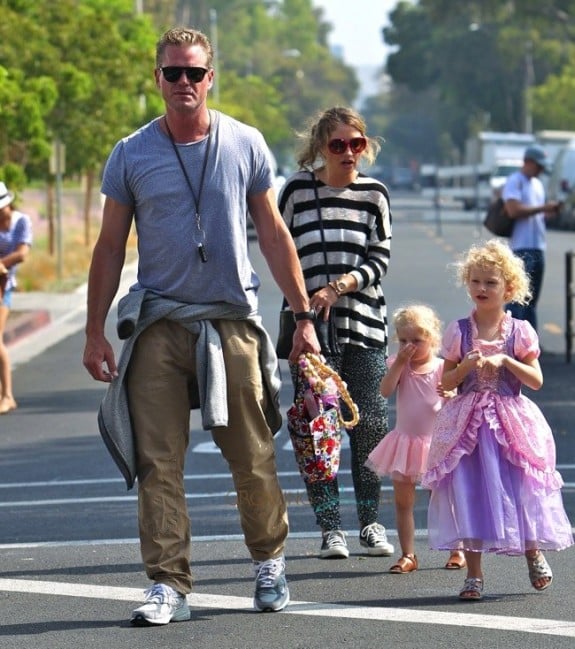 Both girls were sweet in pink ruffly costumes as they strolled with their famous parents.  Dutiful dad Eric carried their bag, which was overflowing with dolls and their accessories.

On the way in, the family met up with celebrity stylist Rachel Zoe, her husband Roger Berman and their boys. 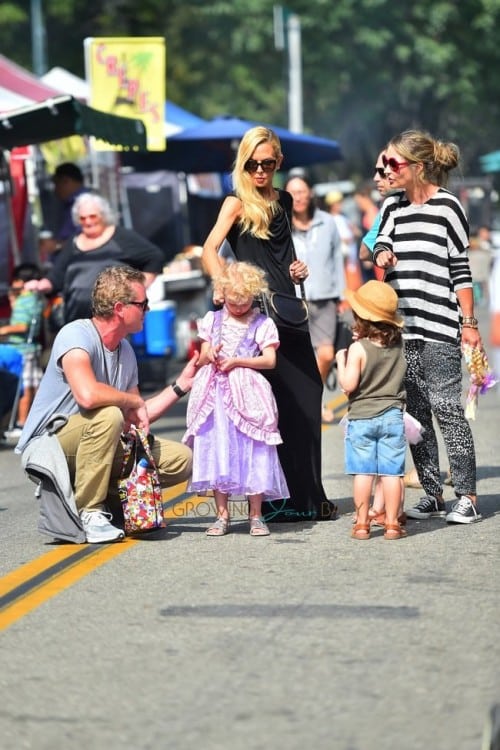 Once inside the market, the girls visited the petting zoo and enjoyed a pony ride. 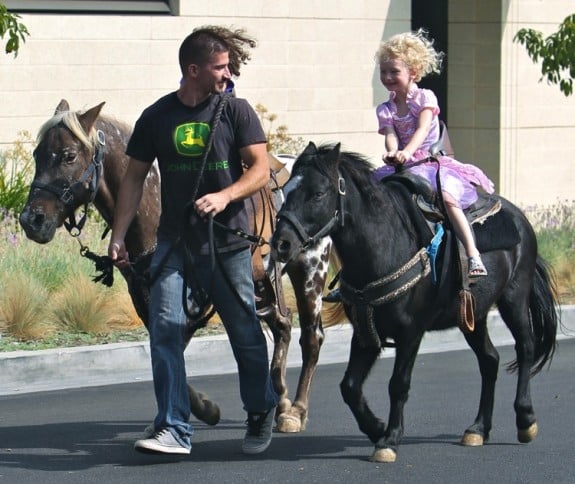 Eric currently stars in the TNT drama series The Last Ship, which premiered in June.  Shortly after its debut, the show was picked up for a second season.  Not slowing down he will also appear in the Canadian Miniseries, The Fixer, and on the big screen in The Grey Lady.